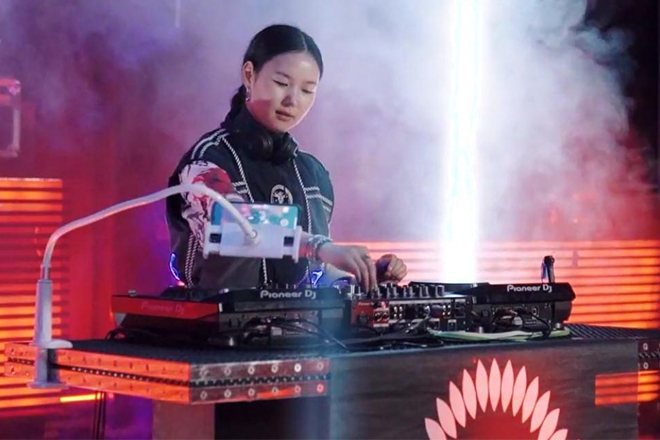 Plenty of news this week from the United We Stream Asia corner of the musicverse.

First up, the platform has announced a new subseries called International Solidarity Stream where international artists will play a solidarity stream for Asia. The artists won’t be random, but instead, the will be DJs who tour Asia regularly, have invested time in the region or have very strong ties with the community here. Essentially, they will be the names that we miss seeing the most. First up is Third Son who will perform live tomorrow at 7pm (GMT+7).

Thursday will head back to Kuala Lumpur, stopping first at Pisco before moving onto Barrio, with the latter dedicated to raising awareness surrounding Mayalsia’s “forbidden” LGBTQ community. The stream will be a Shagrilla showcase, a much loved LGBTQ collective from Kuala Lumpur.

On Sunday, United We Stream Asia will land in Myanmar for the first time in Yangon. The stream will be supported by Pioneer DJ. See the full programme below: 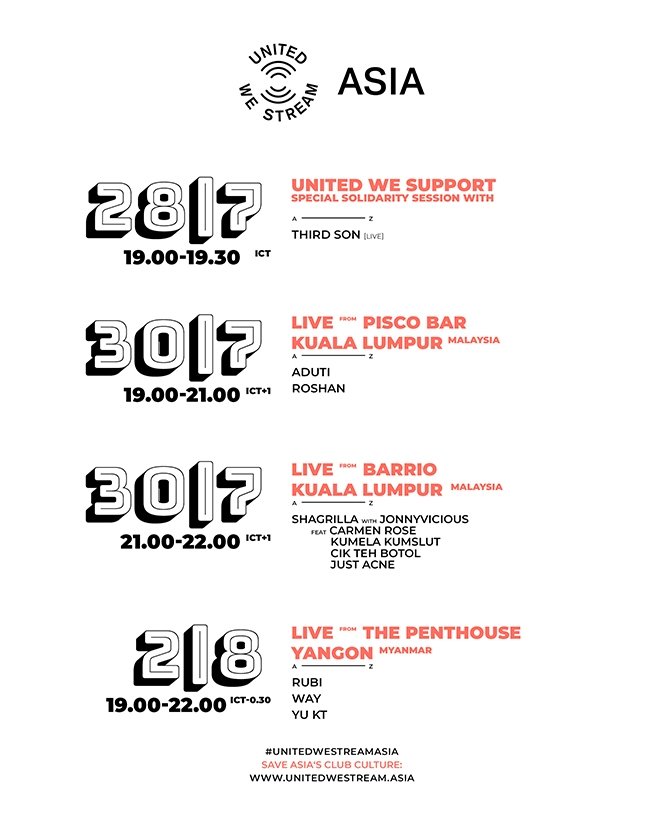 Last week, United We Stream Asia from Sri Lanka for the very for time as well as Ulaanbataar. Watch the stream from Botanik in Colombo below.

United We Stream Asia just finished its first round of collections and raised a total of $10,000 to #saveclubcultureasia. It might sound like a good sum, but more is needed in a region where government support has been non-existent and clubs, venues and DJs are struggling to survive the pandemic.

All funds raised go into a fund set up on GoGetFunding and will eventually be returned to the music community in Asia. For an understanding of how the funds raised are being divided, check here.