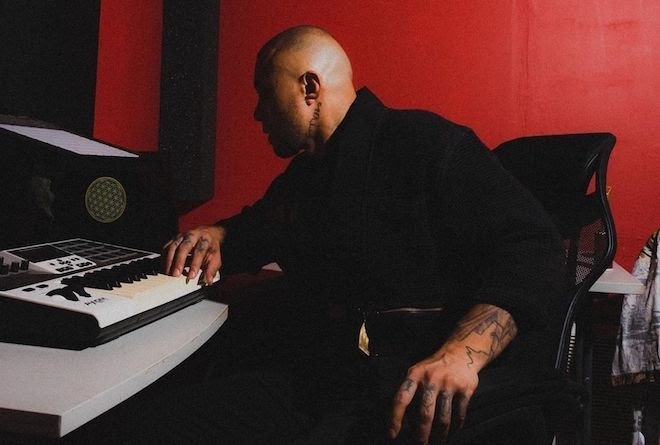 He’s an entertainer, vocalist, storyteller and rapper — february bank is one of those artists in Asia who turns heads in his direction, and his direction is constantly looking forward. With the pandemic psychologically cornering artists, channeling boredom and struggle has become a common voice of creativity. Californian-born Christopher Catral aka february bank has drawn inspiration from nodes of pop-culture like fashion, music and sports, and verbalised it through a pitched-down narrative in the form of rap.

february has been in the game of being an artist for over seventeen years, and after spending much of his youth in the United States, he now resides back in his motherland — the Philippines has played a pivotal role in his inspiration, drawing creativity from the dichotomy of cultural vibrancy and social rulings that are embedded in the country's history.

‘bye bye roos’ is his latest track that draws us into an infectious narrative of the world in struggle, but with glimpses of hope for those who look forward in life. Formerly known as MNL$, pronounced Manila Money, february bank’s forays as an artist stem from a plethora of styles. He uses sarcasm and wit as his vocal vehicle, and society and the world as his fuel to engineer his personally crafted world. ‘bye bye roos’ speaks of a darker matter, but is accompanied by a vibrant and positively toned music video. Check it out below.