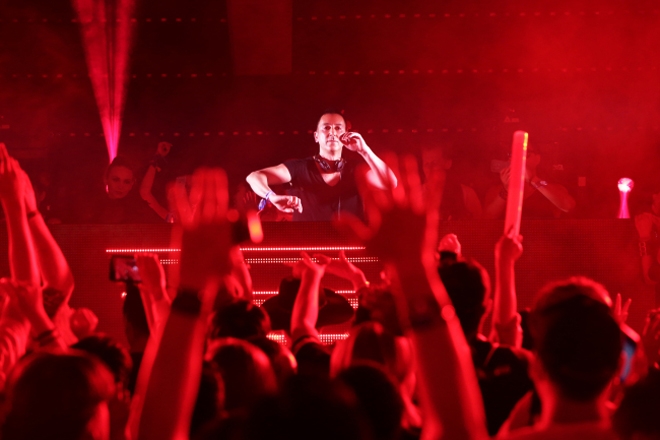 Ultra Music Festival hosted a total of 170,000 fans in Asia this past weekend, throwing two multi-day festivals simultaneously in Singapore and South Korea. It’s the biggest weekend the festival has ever seen and has become a marker in its history.

Ultra Korea welcomed 120,000 fans over two days, which cements the festivals position as Asia’s largest 2-day electronic music festival, a title previously held by Djakarta Warehouse Project in Indonesia, while Singapore hosted 50,000 revelers. Another 320,000 tuned into the live-stream of the Singaporean event.

Following the festival, Ultra also announced that surprise guests Knife Party had headlined the Singaporean leg of the festival. It looks like the duo has taken over Don Diablo’s time slot, who issued a video statement via Facebook as to why his set was cut short and the duo suddenly took to the stage.

The first leg of Ultra’s 2017 run in Asia is now complete and all eyes are on round two this September when the festival juggernaut will host 7 events in 10 days including the debut of Ultra China in Shanghai. See the rest of the dates below.