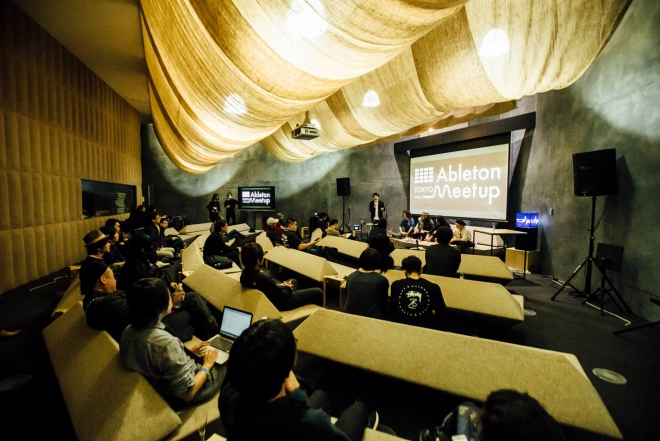 The world’s second largest music market will be hosting its second homegrown music conference this year for the electronic music community in Asia and beyond. The Tokyo Dance Music Event (TDME) is set to return from November 30th – December 2nd.

The multifaceted event celebrates the pillars of the dance music world: production, performance and club culture through a selection of panel and workshops during the day and a line-up of sessions and performances by night.

A few weeks ago TDME announced that Jeff Mills would be curating a multi-channel sound installation, where he himself will stand as the creative director and reproduce the album ‘Planets’ with the number of channels exceeding 40ch and the arrangement of speakers based upon a real orchestra.

"I'm very excited that the Tokyo Dance Music Event will host the world premiere of my immersive installation that allows listeners to experience the Planets soundtrack. It marks another step forward of the on-going evolution of the observation of the nine planets in our Solar System," he said of the upcoming installation.

Read more on the installation here.

The speaker program has since been expanded upon and now consists of influential industry figures from all over the world including from the USA, Cherie Hu, media and entertainment contributor for Forbes and Benji Rogers, current CEO of dotBlockchain Media and a pioneer of the direct artist-to-fan model of distribution having founded PledgeMusic in 2009; from India, Anish Sood, award-winning electronic music producer & DJ and Prateek Pandey, owner of sLick!, India's leading brand for house and techno events; and from the UK, innovative consultancy, Music Ally’s Chiara Michieletto and Steve Mayall.

TDME has also confirmed that its bringing 'Spinnin’ Sessions' to Japan for the very first time including a set from EDX at Hikarie Hall A on Friday night as it recognizes the label and its sub-labels, including Spinnin' Deep, Don Diablo's HEXAGON, Tiësto's Musical Freedom, Oliver Heldens' Heldeep Records, Sander van Doorn's DOORN Records, The Magician’s Potion and Blasterjaxx’s Maxximize, as a leader in the global electronic market.

TDME brand partners will also bring back its workshop series that will take place simultaneously in the Hikarie building including an Ableton meet-up focusing on the theme of "Fusing real instruments and electronics” with participation from critically acclaimed electro pop star De De Mouse and Monjoe from the indie band Yayhel.

Seminal club WOMB will host two events with legendary Mute Records founder Daniel Miller who has recently reignited his DJ career and performed at Berghain. He will be joined by Japanese DJ Takkyu Ishino at a special TDME edition of WOMB resident party Sterne.

See the full program below:

The Tokyo Dance Music Event debuted last year in Tokyo's red-hot clubbing hub of Shibuya and was held in a myriad of creative spaces around Tokyo, including WOMB, Red Bull Studios Tokyo and Hikarie Hall A, which boasts views of Shibuya’s synonymous ‘scramble crossing’. The event hosted a plethora of artists, journalists, label heads, tastemakers, cultural activists, officials and specialists and sparked engagement through innovative panels, workshops and showcases for its inaugural event.

Connect with TDME for information and tickets here and see the aftermovie for its debut in Tokyo last year.