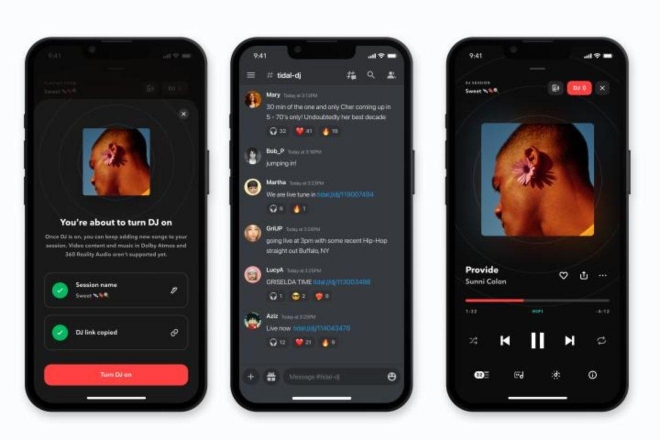 If Tidal is your first choice for streaming services and you’d like to meddle into the possibilities of breaking out into a bedroom DJ, their newest beta feature 'DJ’ might just be for you.

‘DJ’ is for those who are signed up for Tidal’s HiFi plus plan and early access program. The beta program allows users to create “sessions” and share them live with friends or other subscribers globally — similar to remote sharing.

Tidal also has a previous feature ‘Tidal of DJs’ which is different from its latest one and allows access to the streaming service’s complete catalogue of tracks.

Read this next: Spotify reveals its most streamed track of all time

Since it's still running on its beta version, only iOS users may take advantage of its mixing and sharing feature. If you’re running on the Android system, you’ll only be able to listen in on the mixes.

It also currently only allows music in AAC quality instead of Tidal’s well-known feature of playing music in high-fidelity audio. According to digitaltrends, Tidal mentions that “the DJ will hear the quality they selected and listeners will just hear the normal sound quality.”

Read this next: 'Music for PlayStation' uses vibrations to play music to the hard of hearing

For those who would like to try this feature out, Tidal offers their HiFi plus plan at $19.99/month. Sign up for the early access program here.