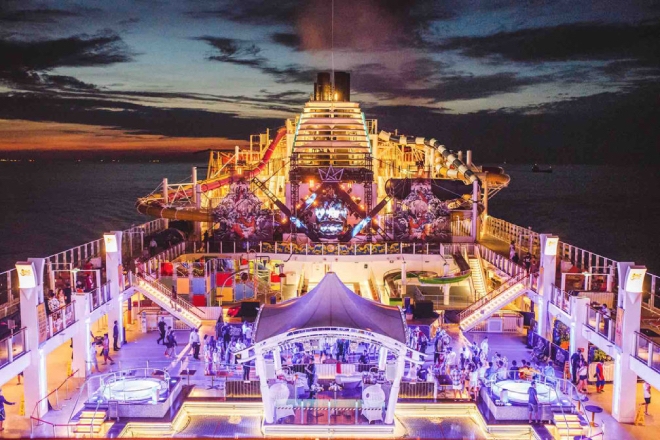 South Korean electronic dance music enthusiasts should lock in the dates! IT'S THE SHIP is Asia's largest floating festival and it just annouced that it will be setting off from South Korea next year.

Since IT'S THE SHIP debuted in 2014, it's become the most exciting cruise party for EDM lovers the world over. Celebrating its sixth year of voyages in Singapore, the promoters behind IT'S THE SHIP decided to extend the festivities to South Korea to mark the occasion. “We look forward to this maiden voyage for IT'S THE SHIP Korea, proudly indicating the growth of our homegrown brand and our international expansion through new charters worldwide.” said Iqbal Ameer, CEO of Livescape Group in a statement.

IT'S THE SHIP will debut in Korea next summer on August 28 - 31, and with so much lead time, fans can access news and DJ line-up announcements here.

Tickets for the upcoming Singapore sail are still for sale, and the sea-party will be held on November 13 - 15, with a heavy-lifting line-up that includes Quintino, NERVO and Ben Nicky, among others.

[Story via EDM.com, photo via IT'S THE SHIP]