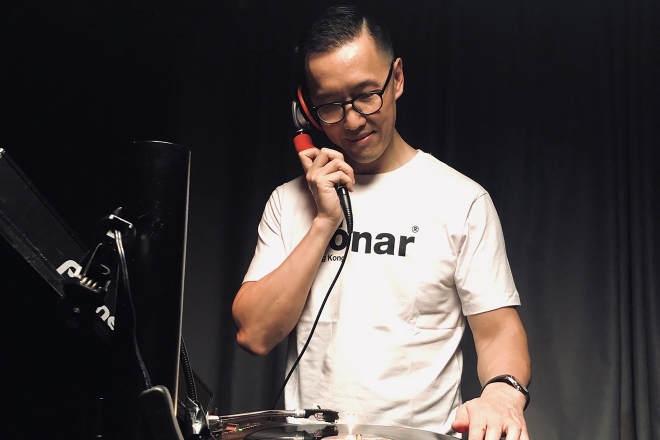 The ‘Disco Doctor’ — gynecologist by day, DJ by night, JayMe is officially one of Hong Kong’s most exciting DJs to listen to.

Whilst being the founder of Acadana, a Hong Kong institution that’s delivered warehouse vibes to the city’s pleasure-seekers, JayMe also proactively hosts nights and parties across the city, mostly at his (and our) other favourite venue, 宀 (Mihn) Club.

Growing up in the 70’s disco boom, JayMe is an avid wax collector, party-goer and all-round music aficionado — while sustaining a successful medical career, the ‘Disco Doctor’ eventually started DJing in 2013, followed by opening his own loft and warehouse style private club. Acadana literally means to party without a care.

JayMe tells us about his journey through music, “Growing up in the 70’s, disco was everywhere, and I just fell in love with it instantly. After disco died, I continued to follow Italo disco and Hi-NRG in the early 80’s but I was too young to enter dance clubs. But when house music boomed, I fully immersed myself into dance music again. I wasn’t aware of the power of the DJ until I stepped into NYC’s Sound Factory in 1994. Junior Vasquez, the resident DJ there, became my biggest influence. I don’t want to pigeonhole myself into a certain genre when I’m DJing: I’ve played things from ambient to speedcore.”

The ‘Disco Doctor’ continues, “most people know me for playing disco, which I won’t deny is what I love most, but I always try to add my own twist or sense of humour, adding a little surprise here and there.” Disco is pretty damn close to his heart, and it’s probably what he plays and promotes most these days — he’s also been responsible for showcasing prominent acts like Colleen ‘Cosmo’ Murphy and Hunee to Acadana loyalists.

One thing that’s been on JayMe’s mind recently is an 80’s boogie mix — “I made friends with a few DJs and clubbers recently who were very young but were really up for old school soulful sounds. We exchanged a lot of disco and boogie tracks, and thanks to Mixmag Asia’s invitation, I felt it was the right time to do it.”

“I hope it will showcase some beautifully produced soulful music, as you’ll find familiar classics interspersed between my personal favourites of the era, plus a few recent tracks that pay homage to the 80’s.”

Tune in below to Mixmag Asia Radio 077 with JayMe, the ‘Disco Doctor’ from Hong Kong. 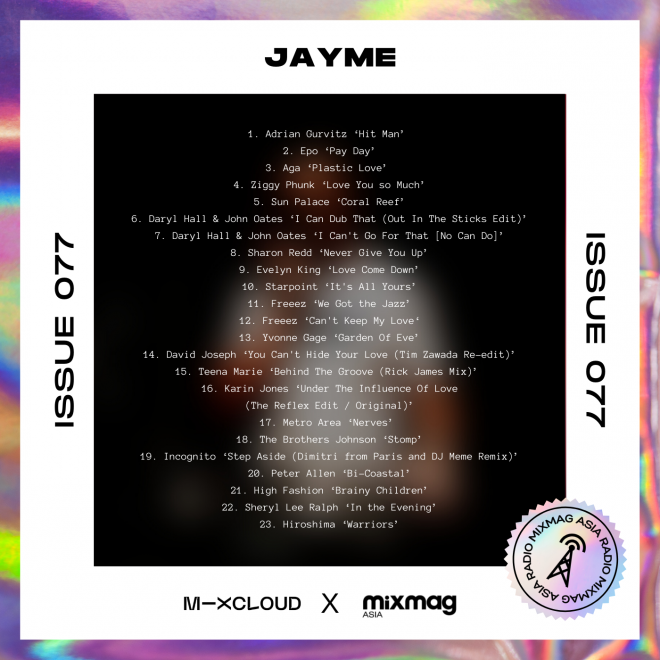