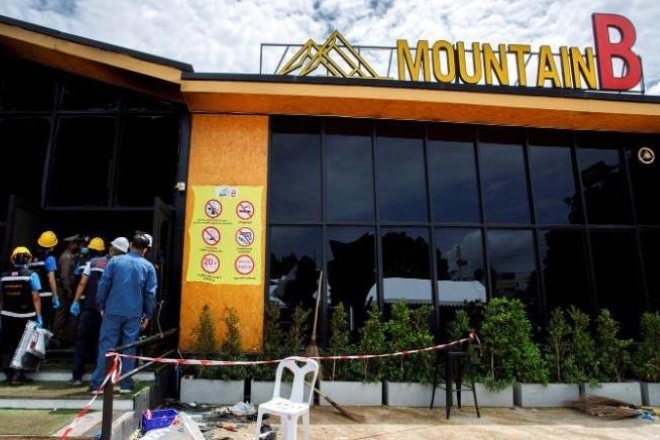 A fire broke out at Mountain B nightclub around 01:00 am local time on Friday, August 5, 2022. The venue — located in the Chonburi province, 150 kilometres southeast of Bangkok — was a single-storey complex measuring 4,800 square metres.

The fire broke out during a live music performance, however the cause of the flames is still not clear.

Read this next: Monkeypox concerns loom over festival season in Asia

Firefighters were able to put out the blaze in three hours. Unfortunately, as many as 40 people were injured and 14 died as the flames engulfed the nightclub. The bodies were found near the DJ booth, bathrooms and entrance.

All who died in the flames were identified as Thai nationals. The youngest victim of fatality was identified to be 17 years old according to rescue officials.

It’s been suspected that the club’s flammable acoustic walls were what caused the flames to spread even faster throughout the venue.

Read this next: Thai government patrol apprehends over 18,800 Winnie the Pooh pills

This is not the first incident of a venue burnt down by a deadly fire in the country. On New Year’s day of 2009, 60 people died at the Santika Club as it caught fire. Then in 2012, a fire in the Phuket claimed the lives of four people while injuring dozens more.

Thai Prime Minister Prayuth Chan-ocha has ordered an investigation into the incident. In addition, he has urged entertainment venues across Thailand to make sure proper exits and safety measures are in place to prevent such catastrophes.