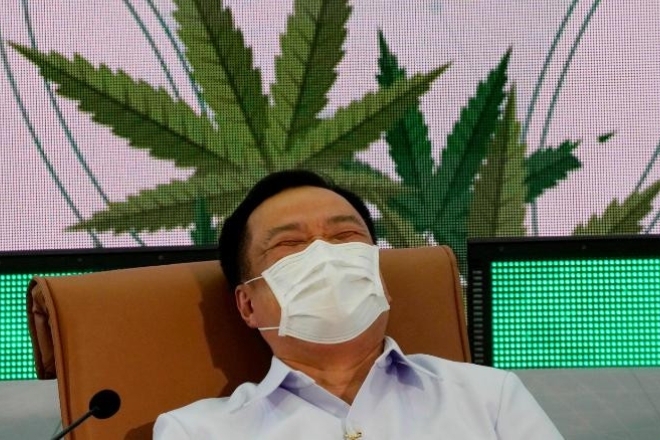 Thailand’s Health Minister, Anutin Charnvirakul, announced on May 8 via Facebook post that the country’s citizens will be allowed to grow cannabis as “household crops”. Starting enforcement on June 9, the new decree permits the possession of medical grade cannabis. The government is even willing to share some of its supply — one million plants, to be exact.

With a third of Thailand’s labour force working in the agricultural sector, the government sees this as a step in the right direction in promoting the plant as a cash crop. Efforts like this come quite expected from Thailand, as the country became a pioneer in cannabis medical research and use within Southeast Asia through the plant’s legalisation in 2018.

Read this next: Thailand to decriminalise cannabis, end jail terms for possession

Furthering his communication on the new regulation, Charnvirakul added another Facebook post on May 10, stating “This will enable people and the government to generate more than ฿10 billion per year in revenue from marijuana and hemp.”

Located in a region known for severe illegal drug penalties, the kingdom has also approved cannabis for more commercial use, facilitating local drinks and cosmetic companies to come up with hemp and CBD-infused goods. The Health Minister underlines that companies must first be legally registered for the drug usage and can only sell products containing less than 0,2 tetrahydrocannabinol (THC).

Read this next: No place like home: saving Bangkok's 12x12 from the jaws of the pandemic

The law is seen as paving the way for cannabis use in medicinal teas or soups, according to Kitty Chopaka, a Bangkok-based cannabis entrepreneur. "It will still be considered criminal if you don't have a legal prescription and you have to be a patient of some form of ailment for this to work. Only then will you be able to grow cannabis at home and use it however you like.”

Though recreational use of marijuana is still considered illegal, Chopaka underlines that weed-smoking in the country is bound to happen anyway — not even the government can stop people from lighting up.