“Anyone and everyone is welcome here,” says Ellie, one of a team of five friends who've recently found themselves running one of Bangkok's most emblematic venues. “There's nothing else like that in this area, and that's one of the reasons that makes it so special.”

The ongoing pandemic has caused a wave of destruction that's threatened the existence of innumerable businesses across the globe, with the entertainment industry hit particularly hard. Deemed an unnecessary risk by governments the world over, venues have been forced to close for much (and in some cases, all) of the Covid-19 crisis. Despite many aspects of life returning to some level of pre-pandemic normality, clubs and bars have been among the last businesses to resume trading. In Bangkok – Thailand's capital city and the beating heart of its esoteric underground – the dance community breathed a collective sigh of relief late last year, upon hearing the news that one of the city's most beloved venues was being ushered back into existence by a team of subterranean enthusiasts.

Standing alone deep inside the city's hub of swanky nightlife, proudly offbeat venue 12x12 has long been a firm favourite among lovers of the more obscure and refined end of the underground music canon. Originally opened in 2014 by maverick Japanese entrepreneur, Hiroshi Matsui, the venue quickly garnered a reputation as one of the best party venues in town – thanks to its unique vibe, propensity for dancefloor magic, international crowd, and cultured music policy. News of the venue's closure in September 2021, though not unexpected, was met with a profound sense of loss by the city's dancers and creatives. “I came [to 12x12] a lot over the years, and it was quite iconic for the Bangkok music scene. So, when we knew that it was closing, we were devastated. Especially through Covid times. We needed a place like this.” 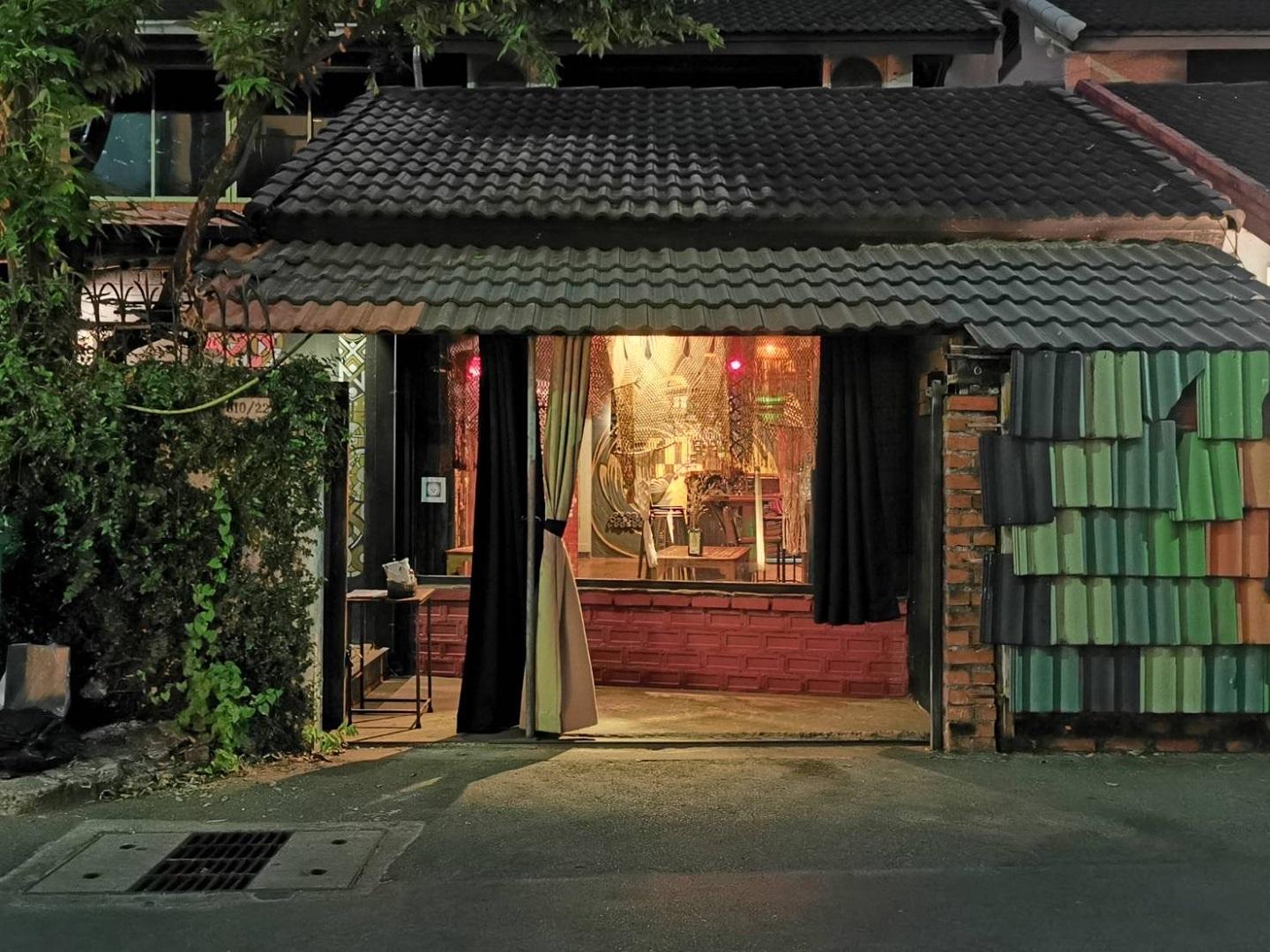 Though friends Ellie, Nico, KP, Zoe, and Kai had no previous experience of running a venue, their collective affinity with 12x12 inspired them to pool their resources and make a bid to save it from closure. “What makes this place worth saving is the atmosphere that Hiroshi created,” says Nico. “It was basically a house that he transformed over time, and that's what makes it so cosy. It's good to be here because you feel at home. Everybody tells us that they're very thankful 'you saved our second home.' Everybody says that.”

With a friendship forged in the familiar crucible of after-hours wobbliness (the five first met at a party and then found themselves staying in the same hotel, post-club), their shared love of the various shades of house and techno quickly helped inspire a bond. Coupled with this musical understanding, the varied skillsets they each bring have helped no end in terms of day to day logistics, and the early signs are that 12x12 is very much back in business. “It started off as a kind of joke,” laughs Zoe. “KP is my roommate, and she came up to me and said 'let's take over', and I was like, 'OK, let's do it!' And, here we are!”

The compact venue feels like an Aladdin's cave, with curios, objet d'arts and colourful artworks perched everywhere you look. With a carefully constructed aesthetic that's gradually evolved over time, the team are full of praise for the inspired work the venue's founder and former owner put into its manifestation. “Hiroshi was surrounded by a lot of street artists very creative minds, and we are, too,” says Nico. “All this collaboration between music people, graffiti people, street art people, construction people, party people. It all makes the place very special.” Thanks to his background in construction, Nico was able to undertake the bulk of the renovations himself, ably assisted by outgoing owner Hiroshi, who – despite knowing that he would soon be leaving the venue behind – was keen to help ensure it was left in the best possible condition. “I have my vision,” says Nico. “I can picture exactly what I want in my head, and Hiroshi is the same. We didn't even have to talk [when we were working]. I did my thing, he did his thing, and it all fell into place.”

A sincere desire to keep 12x12's legacy intact has very much shaped the restoration process, with the team staying true to Hiroshi's original intention. “We didn't change anything,” says Nico. "We just cleared what had to be cleared, and finished the tiny bits that Hiroshi didn't have time to finish. Floors, bricks, a little bit of painting.” Indeed, upon their return, some regulars say they've been hard pushed to spot any differences. “For us, we could see that it had been falling apart because it was closed for over six months,” says Zoe. “But, after we re-opened we asked people 'so, what do you see has changed?' And they say, 'nothing.' But that was the aim. It's just cleaner and fresher.” 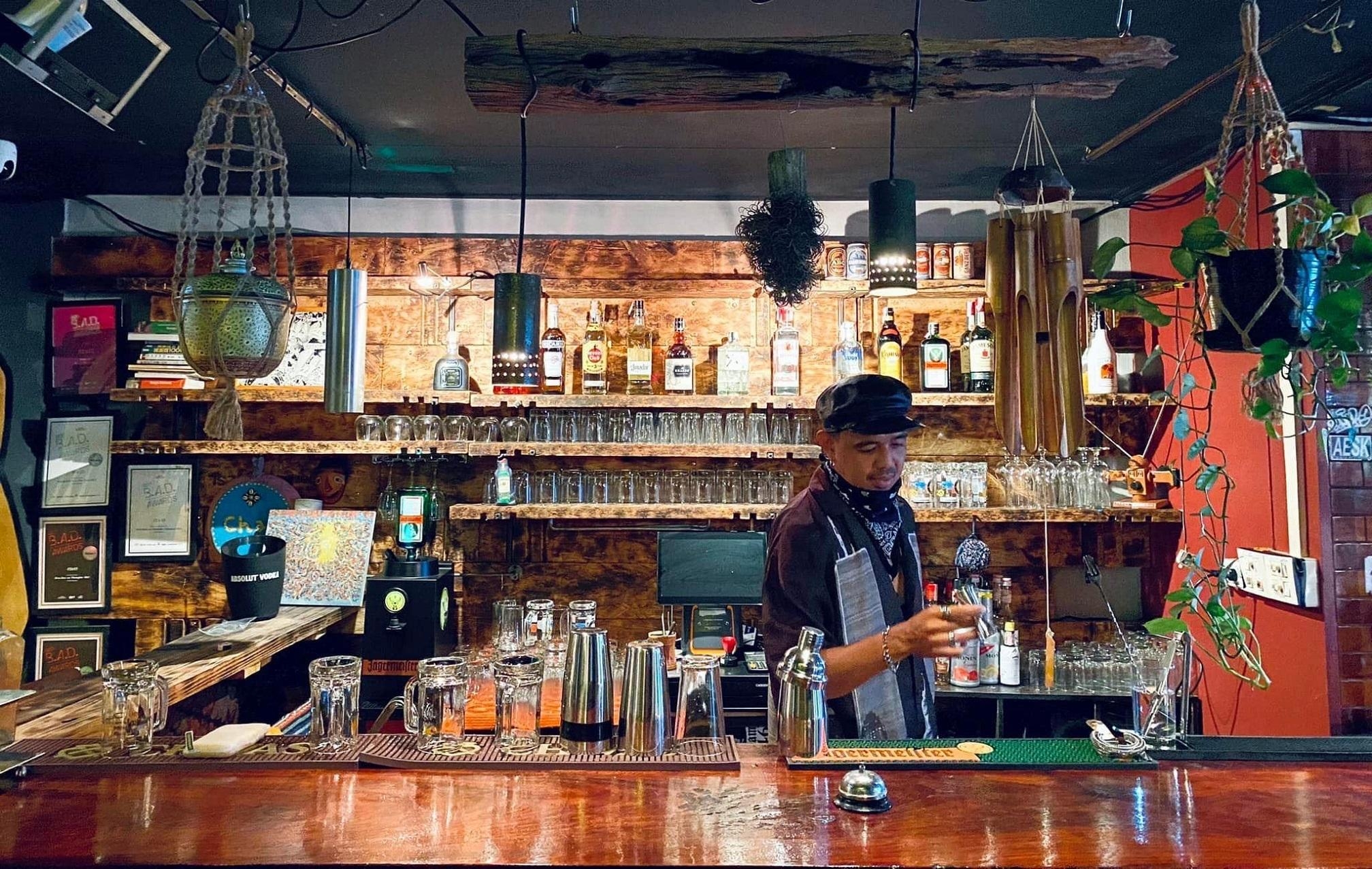 Following a soft launch in November, 12x12 is now fully up and running, albeit with a few government-imposed restrictions. The team are confident about the venue's prospects, with a community of dance-starved ravers hungry to let loose on the floor – as well as a newly invigorated crop of locally-based creators more than ready to unleash their respective sounds. “When we did our soft opening in November, people were so ready to get out and party,” says Ellie. “I think the border closure has given an opportunity for local artists to explore and develop, and to solidify what the Bangkok music scene is. So moving forward, with the borders open, we're in a really strong position.”

Thailand's borders were completely closed for much of the pandemic, and are now more or less open (with a few caveats in place). While this tentative relaxing of immigration restrictions is, in time, likely to bring renewed vigour to Bangkok, the forced closures may have had some unexpected benefits to the local scene and its growing number of players. “Everybody improved their identity and their game,” says Nico. “They're waiting for one thing: for bars to re-open. We've had so many requests from artists to come and play, and I'm meeting many people I didn't know before, and they're very good. Their music is great! They have good influences and they know good producers. I think they've all taken the time to dig and improve their game.”

Added to this bubbling pool of homespun talent, a gentle sprinkling of international artists have been reaching out to enquire about the possibility of taking control of the turntables in the near future. 12x12 has long featured on the radar of worldwide artists visiting Thailand, and over the years there have been surprise appearances from all manner of underground luminaries looking to savour the venue's distinct dancefloor appeal. “We've had messages from DJs coming to Thailand just for travel, but bringing their headphones and USB sticks and looking for somewhere to play.” 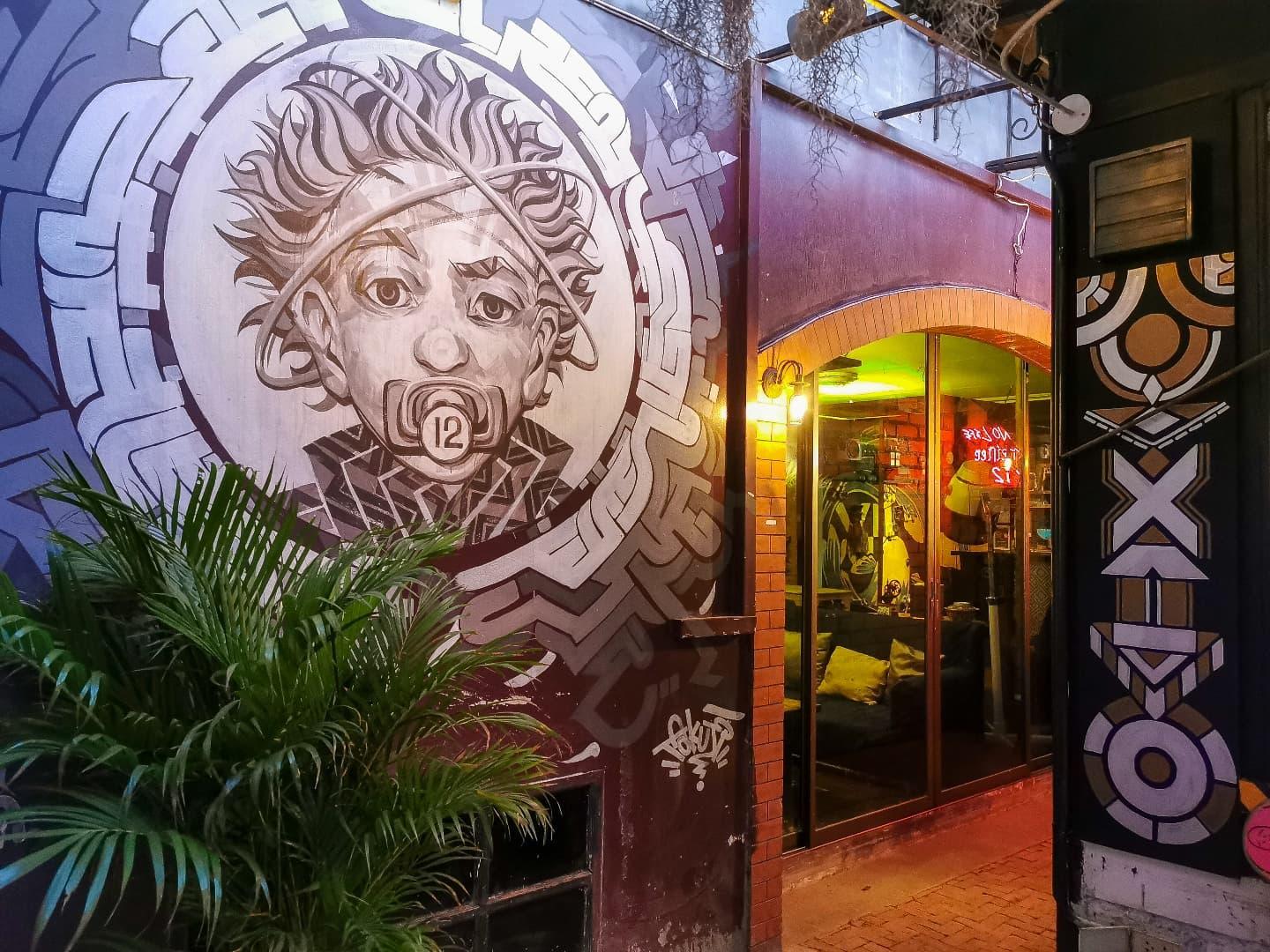 Along with the kaleidoscopic decoration, it's the bar's long-standing commitment to nuanced shades of subaquatic music that has rendered it such a firm favourite with in-the-know music lovers, and the team are focused on prolonging this brightly burning legacy. “We want to maintain reggae, maintain world music, jazz, and live music. Just keep it really varied,” says Ellie. Despite this commitment to experimentation and inclusion, the team agree that there are one or two styles considered incompatible with their manifesto. “EDM is a no-no. Reggaeton is a no-no.” And, even though each of the new owners has their roots planted in house and techno territory, they feel that it's important that any potential crews, collectives, or DJs they invite to play share a certain simpatico with the 12x12 brand. “When you talk about techno and house, there are so many variations,” says Nico. “We are open to all variations, but they have to fit our identity. We don't want to play 'cheesy' techno. So, we have to be selective as well.”

Initially, bars and clubs have been unable to open in Thailand, with any venues wishing to serve alcohol required to serve food in order to comply with the government's re-opening measures. "There are restrictions all over the world, either you play the game, or you don't open the place,” says Nico. “We've managed pretty well with the authorities, we play the game, and our guests, everybody is [showing] understanding.” One surprising benefit (especially for the older dancers out there) has been a result of the enforced early closure of venues at midnight. Previously, the party at 12x12 often wouldn't arrive in full swing until after the witching hour, but now, the party ignites at a much more agreeable hour. “In our first week of opening, people were dancing like crazy around 7 pm,” says Zoe. “Everything came forward: seven is the new midnight, and midnight is the new 5 am.” 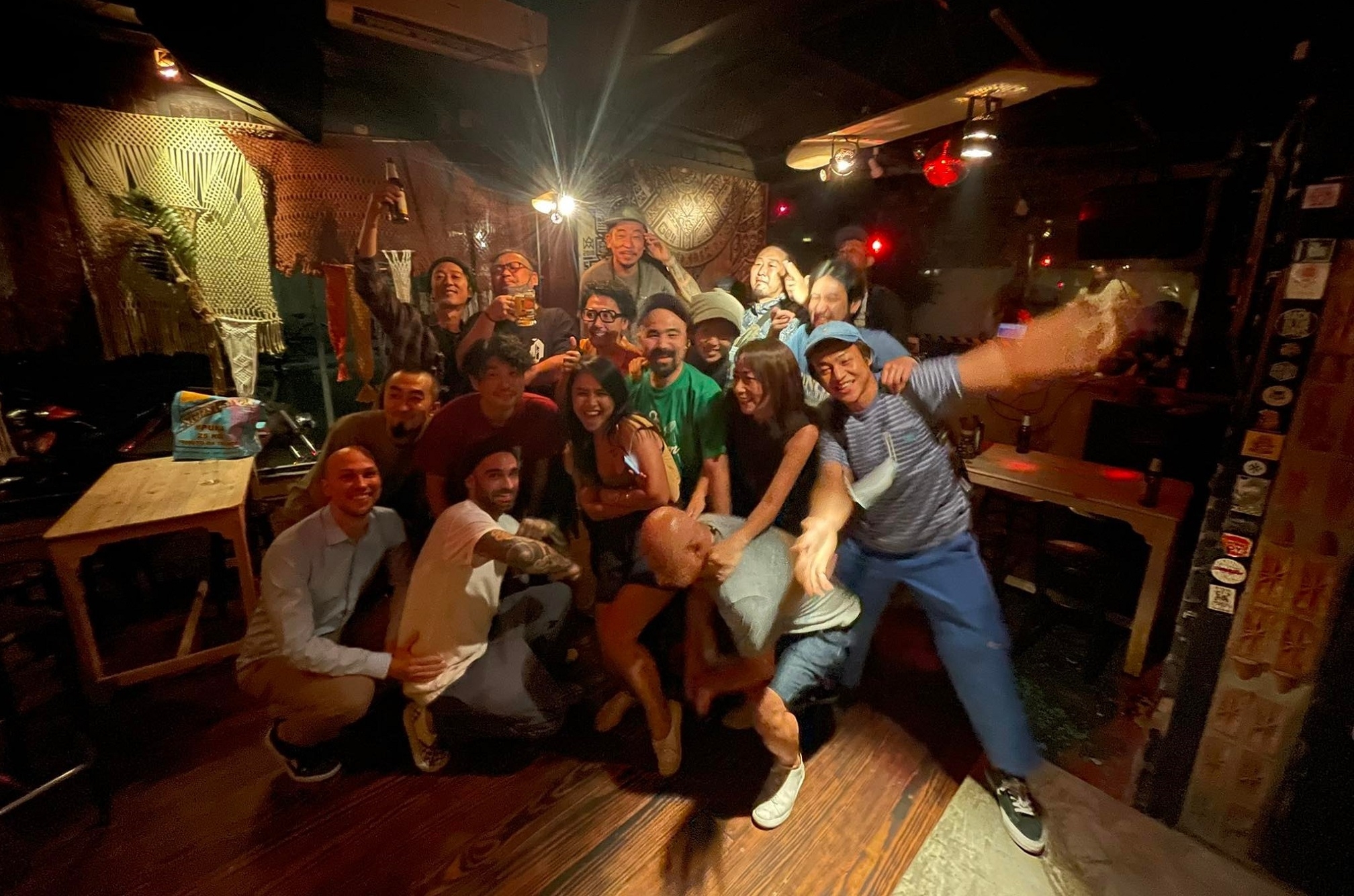 Throughout its existence, 12x12 has attracted a mixed, international crowd. Hiroshi's stewardship ensured that it was a home from home for the more deviantly-inclined of Bangkok's Japanese ex-pat community. Eclectic Japanese collective Giant Swing are among those to have cemented this tradition, while regular events from the likes of UK rave stalwarts Transport helped inject a little European flavour. The cream of Thai underground selectors solidified the line-up, with selectors including DJ Dragon, Krit Morton, and Wong Echo routinely manning the decks, and this international spirit is something the team are keen to uphold. “The broader the range of people, the better,” says Ellie. “We really want to maintain the Japanese crowd, even though there are no Japanese owners now, we still want them to feel welcome. And they still come.” Having a relatively large number of partners running the show also has its benefits when it comes to populating the venue with an eclectic mix of party-goers. “We're all part of the same friendship group, but we have our own friends, and we all come together, too,” says Ellie. “It's never the same crew every time, it changes a little bit. But not too much.”

The crowd also evolves and revolves depending on which collective is being hosted, with each enlivening the venue with a welcome sprinkling of fresh faces – many of whom go on to become regulars and friends. “It's a great experience,” says Nico. “Meeting all these people from different horizons. It's very important for the place.” With much planned for the near future, the team feel confident going forward and are excited by the venue's prospects as the world continues to re-emerge from its extended slumber. March 5 sees the launch of their new 12to12 outdoor daytime event, as well as workshops featuring subjects including sustainable fashion and bioplastic technology. It's well worth noting that none of the new owners draws a wage from the running of the venue. With each of them working full-time jobs, it's apparent that they're in this for exactly the right reasons. “We do it for the music, for the community and for the passion,” says Nico. “That, and Hiroshi's legacy.”

Finally, the quintet make a point of extending their gratitude to all those who've patronised 12x12 in recent months. “We just want to thank our friends and our customers, because without them we wouldn't have been able to make it,” says KP. “We're so new and we don't have experience as bar owners. They're all super supportive and understanding.”