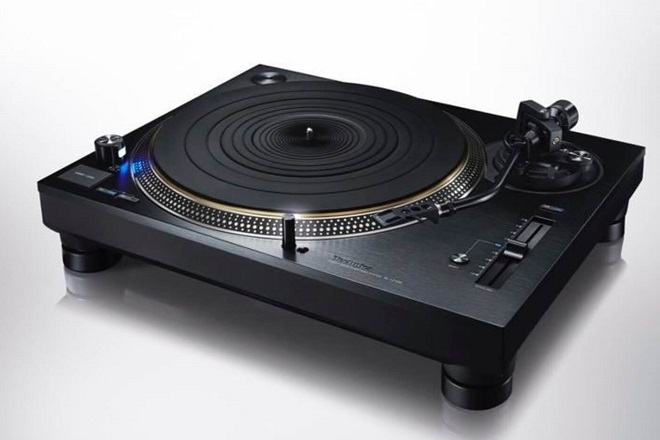 Japanese audio brand Technics have announced the forthcoming release of the latest in their illustrious SL-1210 turntable series. The SL-1210G is aimed squarely at the audiophile market, with subtle modifications included to help listeners get closer to achieving the ideal home listening experience.

The unit comes hot on the heels of 2020 launched SL-1210GAE model, which had proved so popular that it sold out worldwide soon after its release. The new turntable's specifications are almost identical to the SL-1200G which launched in 2016, with the only discernible difference being the new version's black finish. The direct-drive unit features a hybrid encoder for rotational speed detection – using digital and analogue technology to allow for enhanced stability, a three-layer platter with high vibration-damping performance and silicone rubber insulators to minimise vibrations. Technics' European product manager, Frank Balzuweit, says the product was launched thanks to the unprecedented popularity of its predecessor. "We realised there was high demand for a 'regular' black version of this flagship 1200 Series model,” he said. “ In its striking black finish, the new SL-1210G possesses genuine elegance.”

The new design features don't come cheap, with the list price slated as £3499 (approximately US$4845). The SL-1200 and SL-1210 became the industry standard in club turntables following its initial launch in 1972, though its success was due more to its rugged build quality and stable pitch control than its sonic performance – something recent modifications have saught to improve upon. The range continues to be the first choice among today's venues that are still eqipped for vinyl DJing.

The Technics SL-1210G is due for release in October 2021. You can check out all the details here