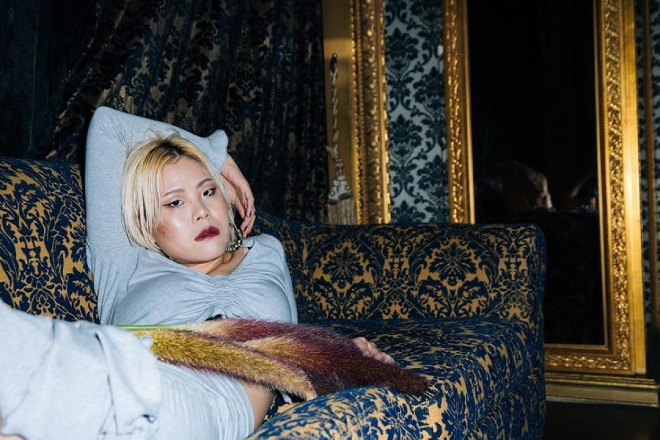 If you have been following Taiwan DJ and producer Sonia Calico, you will know her music and visuals always hide a message. After releasing ‘Clutter Confines’ and ‘Hougong Crash’ about the LGBTQ+ community, she recently dropped a new single, 'Iridescent Vision', to express her thoughts about human civilization in early December.

'Iridescent Vision' includes Sonia's signature percussive beats, hi-tech rhythm and recurring line of 'Iridescent Vision can you see the light'. According to Sonia, the new release is 'a story about human civilization', it journals through the 'primitive age to post-tech era', and expresses the evolution and creation of humanity. French artist Celso Urroz designed the visuals for this piece, he uses 3D animation of a goddess head to symbolize humans in different times: 'The MV started with a vagina-like forest tunnel, and the goddess head was in the form of embryo, then slowly developed and evolved, yet turned into ashes and repeated this evolvement again.' 'Everything we believe at different times, leading us to our next destination. And what is the future going to be, maybe it's just an illusion that kept repeating itself.' Sonia added. You can check out the making of the goddess head on Sonia's Instagram:

After going solo from Taiwan girl band Go Chic, Sonia Calico has been breaking out from Asia and performed on different international stages such as SXSW, ADE and Sonar Hong Kong. She was also interviewed by global renowned media like The Fader and Bandcamp Daily, undoubtedly a new rising Taiwan star to catch on.