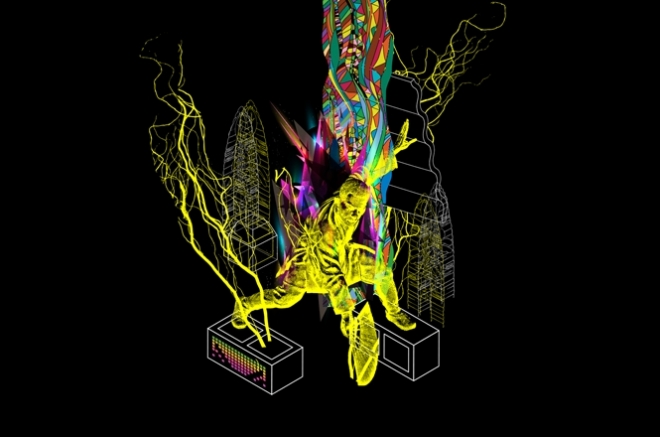 Chinabot is a newly launched platform that was created with the intention of “shifting the dialogue surrounding Asian music.”

From their description, the collective is a digital diaspora of Asian artists that decided to cooperate on a new way to collect and promote exciting Asian music.

Inspiration also came from the feeling that people were being fed a singular image of ‘Asian music’ that wasn’t at all representative of the many complex cultures that exist throughout Asia. Through Chinabot, the artists will endeavor to break the silence surrounding stereotypes and in the most literal sense they “want to make a new stereo-type.”

As an imprint, Chinabot will exist for artists “to play with their ideas and cultural hybridities.” The output will be for adventurous listeners and those interested in music that falls between the gaps of classification. It will tap into the emerging experimental beat scene in Asia and collate unreleased contemporary and traditional tracks from Asian artists.

“We work with composers, sound artists, improvisers and musicians to develop projects that rearrange the furniture of the musical world."

‘Phantom Force’ is the first compilation released by Chinabot and is described as an invigorating survey of what’s going on in some of Asian music’s obscure corners.

“Mixing selections from artists who come from all around the continent but are mostly little-known, Phantom Force manages to be simultaneously an introduction to new voices and a deeply satisfying 90-minute mix that hangs together as an album,” the description reads.

Each track on the compilation has its own unique cultural identity through contributions from Asian artists including London-based Cambodian artist Lafidki, Ayankoko who is a French artist with Laotian roots, Samin Son from South Korea, Ntski from Japan and Taipei mover and shaker Sonia Calico, who contributes the compilations 10th track called ‘Butterfly Spy’. In it, she samples a traditional Taiwanese orchestra that she seamlessly layers upon some moody bass. Have a listen to the track below.

Stream ‘Phantom Force’ in full below and download it here.

‘Phantom Force’ is due out June 5th on cassette here and will also be available on vinyl in September.