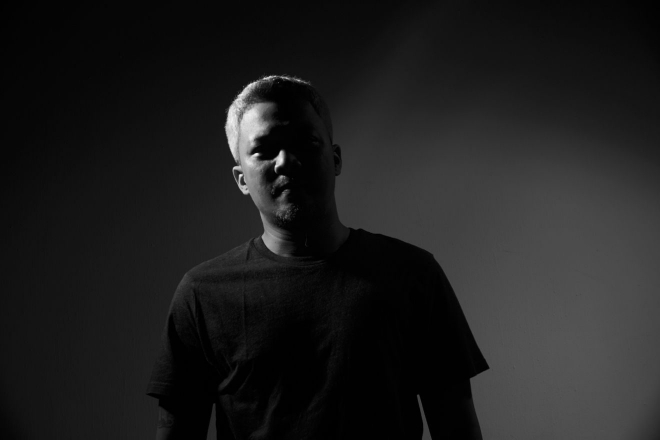 A brand new record label has sprung up in Asia called Synthetik Sounds with Indonesian artist Ecilo at the helm who has teamed up with 6AM Group and Synthetik Minds to give us a linked bridge between music from the West and the East.

All three individual entities have stayed true to underground techno sounds for a cumulative four decades. Each honing their respective city of Jakarta and Los Angeles, the imprint's goal looks to push out artists that, according to a press release, “leans both on deep, hypnotic techno as well as darker, and harder soundscapes of the genre."

Ecilo also said to Mixmag Asia that he had this in the works for a while. “I was working with them almost six months to build the infrastructure," he said.

No stranger to our audience, Ecilo aka Reza Putra Ananda has made his way in the techno community since 2007 and to date, he has provided Jakarta's scene with homegrown events, toured worldwide, released tracks on renowned labels globally, released NFTs and more. His contributions to building the scene in Jakarta have seen him carve out a pioneering role in nurturing the underground as well as inspired more in the city to explore the industrial side of techno. Over the years, Ecilo has released music on labels such as Jeff Mills’ Axis Records, Developer’s Olympian, Edit Select’s eponymous imprint, Alan Fitzpatrick’s We Are The Brave, Emmanuel’s A R T S and Planet Rhythm to name a few.

6AM Group and Synthetik Minds hail from Los Angeles but have since stretched beyond the City of Angels to a global scale. They both are part of COMPOUND and RE/FORM collectives and are known for their homegrown events on the West Coast that have successfully gathered techno aficionados from around the world. The 6AM Group saw expansion into Asia in 2014 and has since been pushing out a range of Asian talents to the world. They have also jumped into the metaverse by launching their own Cryptocurrency for the house and techno community called $RAVE coin.

We’re sure to hear more releases coming up within the region in the upcoming weeks, however, for now, Synthetik Sounds’ first release looks to be revealed in mid-April which includes five tracks and an undisclosed number of remixes from Ecilo.