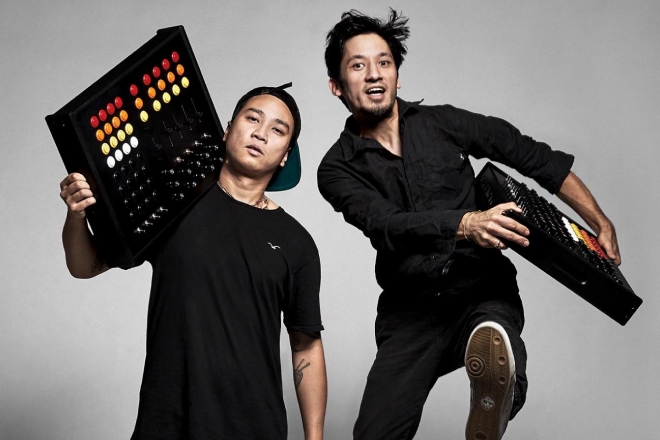 Symbiz are native Cantonese speakers of Chinese/Asian heritage who are based in Berlin, and create some of the most mind boggling, booty shaking afro bass music on the planet. Their track ‘Faai Di’ was recently re-released on the Billboard Presents: Electric Asia Vol 3 compilation by b2 Music. It’s one of the most insanely uplifting tracks we’ve come across recently, and the equally awesome video shot in Africa is an uplifting snapshot of Chinese and African people getting down and getting loose to a track created in Berlin by two Asian producers – with a Chinese MC spitting in Cantonese. It’s nothing short of uproarious, and Zhi MC and Buddysym also put on one of the craziest live shows anywhere. Festival favorites at Sonar and everywhere else from Zimbabwe to Mumbai to Palestine, Symbiz are truly funky and original.

Check the song and video here: