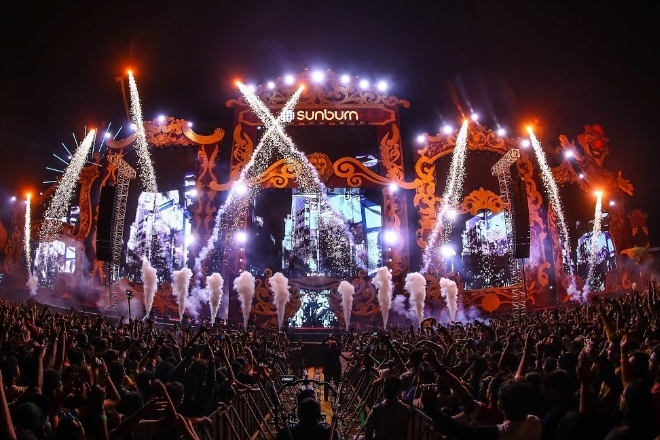 We’ve just added Sunburn to our list of year-end festivals in Asia and now the festival has announced yet another exciting experience to attend.

Aiming to create a unique blend of quality electronic music and esports for the mostly millennial and Gen Z market, Sunburn has joined forces with Galaxy Racer — an esports and gaming organisation based in Dubai — for a first-of-its-kind partnership.

This marks a debut dive into the world of esports for Sunburn, which hopes to increase fan interaction from both gaming and music enthusiasts.

“Collaborating with Galaxy Racer gives us an opportunity to enter the gaming industry, which is on the rise in India. Music is a part of gaming, and e-sports is just the right synergy for us. We are always on the lookout for unique distribution and this is one such opportunity to engage our fans with this unique blend,” said Karan Singh, CEO of Spacebound which owns Sunburn.

Enjoy the Grand Finals and sum up the day, by shaking your legs to @djsnake's tunes! 🥳

Sunburn is set to be the official venue partner for Valorant India Invitational — the first-ever international Valorant tournament to reach South Asia.

Read this next: The 9 best nightclubs in video games

Both the music festival and the esports tournament will come together at the GXR Arena in Hyderabad, India, on November 18-20, 2022.

Siddharth Ravishankar, Chief Gaming Officer of Galaxy Racer mentions that “Music and gaming are two core components that have an immense influence on Gen Z and since merging them has yielded huge success globally, we wanted to encash the untapped opportunity in India.”

DJ Snake is confirmed to be playing after the grand finals on the last day, with talks of Valorant India Invitational also dropping an exclusive music video for the event.

The pioneering partnership doesn’t come without its research-backed reasoning; the Digital Media Trends Fall Pulse Survey 2021 by Deloitte reveals that 42% of Gen Z gamers listened to music while playing and 11% had shown a preference of attending live music events at gaming venues.

[Via Gateway To Gaming]