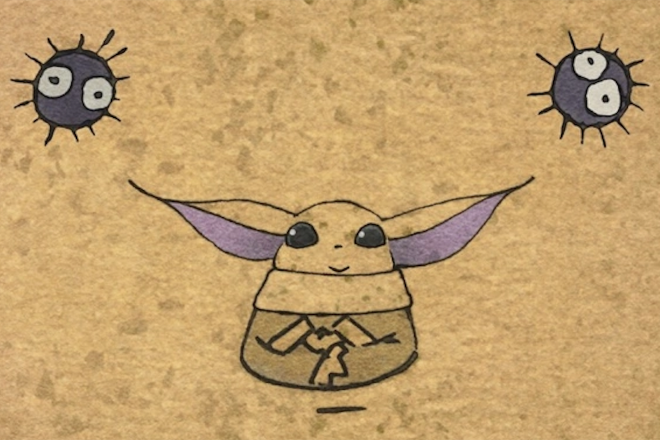 The famed Japanese animation studio behind cult classics like My Neighbour Totoro and Spirited Away has collaborated with Lucasfilm, the production company that made Star Wars, on a project named Discover Zen - Grogu and Dust Bunnies.

The collaboration was first teased only a few days ago, with an online clip juxtaposing the two logos alongside a picture of The Mandalorian star Grogu and Hayao Miyazaki. The three-minute-long hand-drawn animation arrived just a few days later on Disney Plus, on the same date as The Mandolorian celebrated its third anniversary.

You might remember the coal dust bunnies from Miyazaki’s Spirited Away (in Japanese, they are known as susuwatari, or wandering soot). They make a reappearance in the film and are in pursuit of Grogu—or Baby Yoda—who is first seen meditating. The film is directed by Katsuya Kondo, a well-known manga artist who has contributed to films like Princess Mononoke and Kiki’s Delivery Service. The short also features music from The Mandalorian composer Ludwig Göransson, who also scored Marvel’s Black Panther: Wakanda Forever. 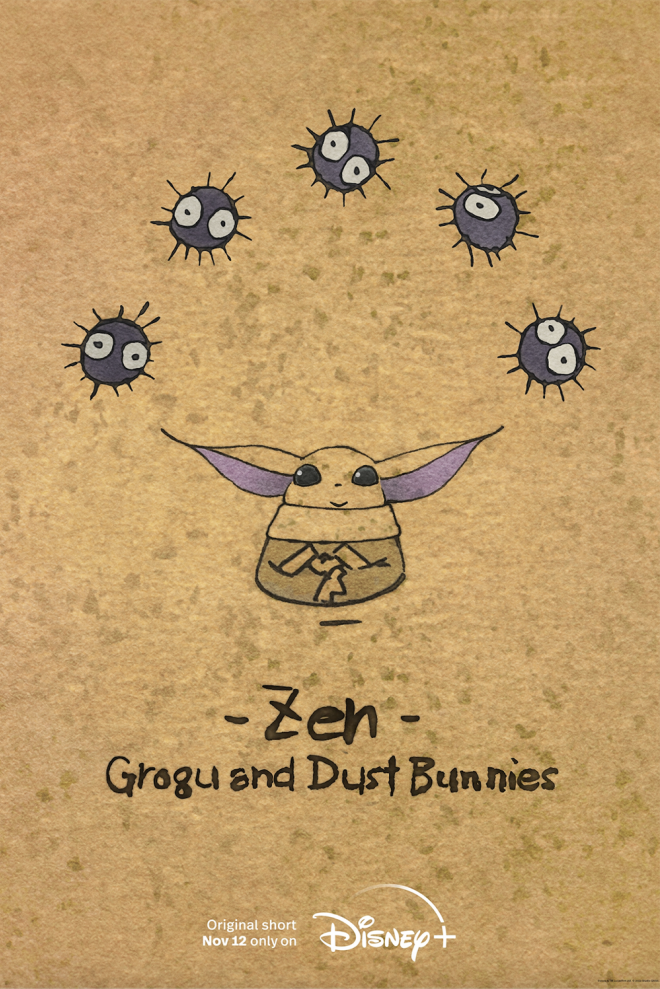 Despite Miyazaki “retiring” in 2013, Studio Ghibli has been busy. Miyazaki even returned to the animation studio he founded in 1985 for one more film, his 12th animated feature. Inspired by a 1937 Japanese novel by Yoshino Genzaburo, How Do You Live? is due out soon. Although no firm date has been announced, it’s said to be near completion.

This isn’t the first time the Japanese animation house has floated onto our radar this month. The company opened its long-awaited and highly anticipated theme park in Japan dedicated to the work of Miyazaki on November 1. Located about three hours by train from Tokyo near Nagoya, the park is currently only open to domestic visitors, but we’re pretty sure when it does finally open to international tourists, we’ll be first in line to experience the whimsical world that awaits. Of course, that’s if we can even get a ticket, that is, since they are rumored to be impossible to score...