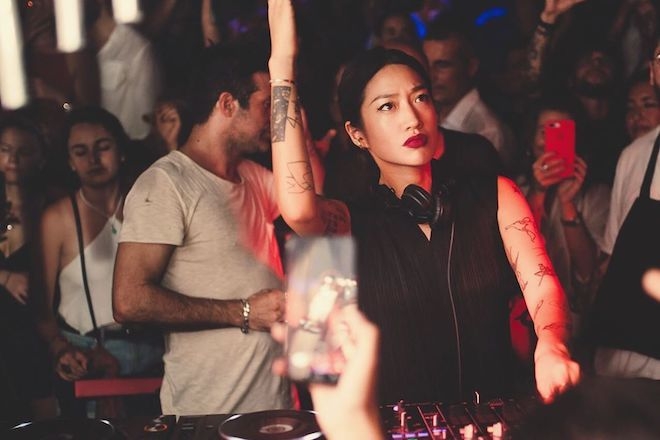 South Korean born artist Peggy Gou has just wrapped up three-stop US tour with back to back sold-out shows, continuing to prove herself as one of the most in-demand female DJs in the world. Why we love this? Peggy is exemplary in leading the way for Asian artists making it in the west.

The Incheon-born and Berlin-based DJ, producer and fashion designer has gained notable recognition in the music industry with her distinct sound and eye-catching looks. Since the release of her first EP ‘September War’ in 2016, she has been actively involved in both the music and fashion fields. Following recent hits like ‘Starry Night’ and ‘It Makes You Forget (Itgehane)’, she recently launched her own fashion label called Kirin, a brand that shows a unique combination of high-end street style with Korean roots.

While in the US, her stops included a debut show in Denver, a gig in Chicago and finally she played the Naud Stage at Secret Project Festival in LA. She will return to the US with two more shows in New York and Miami in November. After that, she comes to Asia....

Check out her performance at Secret Project Festival in LA below.

A post shared by Secret Project Festival (@secretprojectfestival) on Oct 13, 2019 at 9:45pm PDT