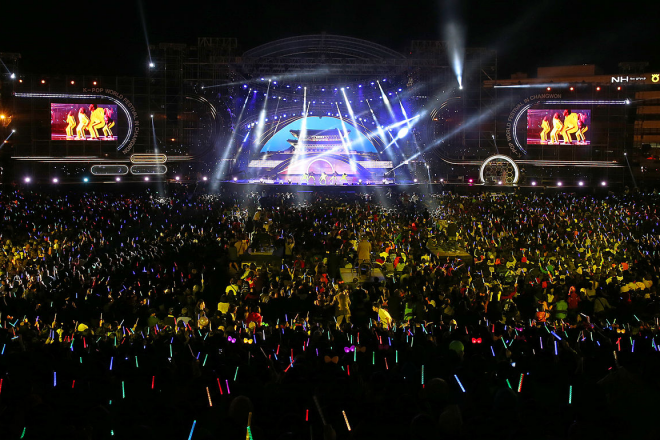 As case numbers stabilise across the country, having peaked in mid-March, the latest easing of restrictions lifts the March-made mandate.

Last month, fans of K-pop group BTS were asked not to sing along or cheer at a 10,000 capacity show in their hometown of Seoul, South Korea, and could only show their support by waving glowsticks while seated.

A subsequent show from the group only allowed 15,000 fans into the 70,000 capacity arena, where fans were handed plastic clappers to emulate cheering and clapping sounds as the group played.

Read this next: No music over 120 BPM allowed in gyms in South Korea

“Holding K-POP concerts can have a huge impact on our economy,” reads an official report from the Korea Culture and Tourism Institute.

"If BTS normally holds a concert in Korea during the post-coronavirus period, the economic ripple effect will reach 677.6 billion won ($550 million) to 1.22 trillion won ($989m) for one performance.”

The K-pop group played a three-night residency in their hometown from 10 - 12 March, all of which saw the implementation of restrictions. “This analysis took BTS concerts as an example, but it shows that holding K-pop concerts can have a huge impact on the South Korean economy,” reads the report.

As cases continue to fall in South Korea, currently sitting at an average of 80,000 cases per week compared to March’s peaks of 400,000, further restrictions have been lifted at live music shows.

One of the only measures left in place asks fans to continue wearing masks both indoors and outdoors. Earlier today, The Korea Herald argued that restrictions on cheering caused attendance numbers to fall.

Using statistics from sports games where the ban was also in place, The Korea Herald reported: “The league and its 10 clubs have blamed early-season attendance woes on the ban on cheering.”