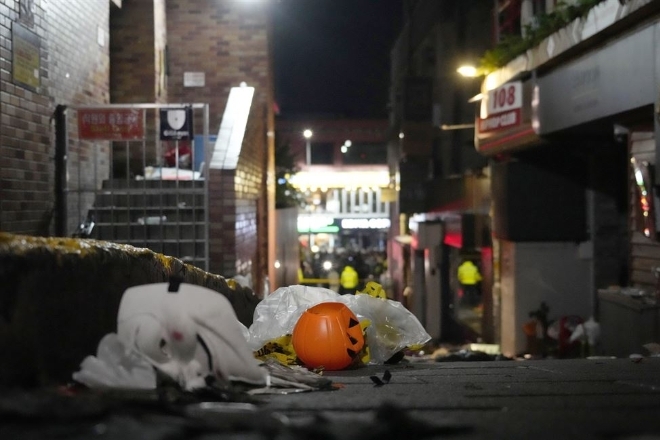 Festivity turned into tragedy as 154 lives were lost on Saturday, October 29 in Itaewon, Seoul, due to a sudden stampede in a narrow alleyway. As many as 133 individuals have also been injured and many others are still missing.

As the masses grew, a sudden surge of people began to overcrowd a sloped, narrow alleyway from three different directions. Unable to move, they ended up piling on top of one another and getting crushed, ultimately causing a deadly stampede.

Read this next: Authorities raided a party in KL last night, detaining those dressed in drag

Around 10:15 pm, fire authorities received the first reports of people falling “like dominoes” and shouting for help. Emergency workers were overwhelmed in attending to the large number of victims and resorted to seeking help from pedestrians to perform CPR on those who collapsed.

Unfortunately, most victims ended up dying of cardiac arrest caused by asphyxiation from the pressure of being trapped under the bodies of others.

Images circulating social media show the dozens of covered bodies lined up along the streets as a result of the deadly stampede.

Families of those in Itaewon have also reported their loved ones missing since the incident. Many in the crowds that night were reported to be in their twenties and late teens.

The Yongsan district where Itaewon is located has been announced as a “special disaster zone” by President Yoon Suk-yeol, who visited the scene and also declared a period of national mourning the very next day (October 30) until next Saturday.

The post also announced that radio will be suspending operations until November 5, in line with the period of national mourning.

Instructed by President Yoon, the Supreme Prosecutor’s Office has launched a thorough investigation into the incident where police and prosecutors will cooperate closely in looking into the cause of the stampede.

[via BBC & The Korea Times]