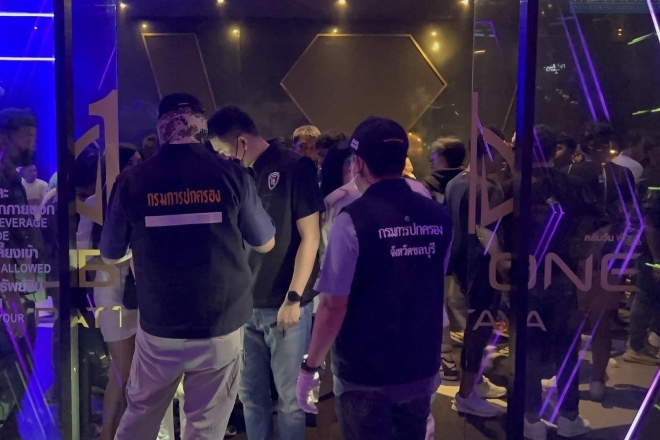 In the early hours of 3 am on Sunday, October 23, the popular venue Club One in Pattaya was raided by officials from Pattaya City Police Station, Chonburi and Region 2 police. This was due to the police receiving tip-offs of illegal drugs being consumed on the premises.

According to local media, over 200 local and foreign patrons were present by the time police arrived, and each were requested to take a drug test.

It was reported that one male customer began shouting and refusing to be tested, which then led to chaos as the other restless customers began to push and shove their way out, escaping police inspection.

Read this next: Bangkok prepares for the ‘Cannaverse’

Due to a lack of officers at the venue, most patrons managed to slip away through the entrance — even those who tested positive managed to get past.

The police then continued on their search inside Club One where they found packets of drugs on the floor, confirming the anonymous tip-offs they received earlier.

Club One’s manager confronted the police and was detained for further investigation. While detained, he claimed he had already paid a bribe for running the venue, demanding also to know why other places were not being raided when they also allegedly allowed drug use on their premises.

Fellow venue operators in Pattaya held a press conference on Monday night denying the allegations. The press conference was also held to address viral photos that suggested evidence of police receiving bribes from entertainment venues. Both parties have claimed this to be fake.

As for the fate of Club One? Police are submitting an order to have it closed for five years. The prolonged closure might also have something to do with its proprietor; according to Pol. Lt. Gen. Panurat Lakboon, Deputy Inspector General of the Royal Thai Police, the owner is a Chinese national who is linked to money laundering and drug cases.