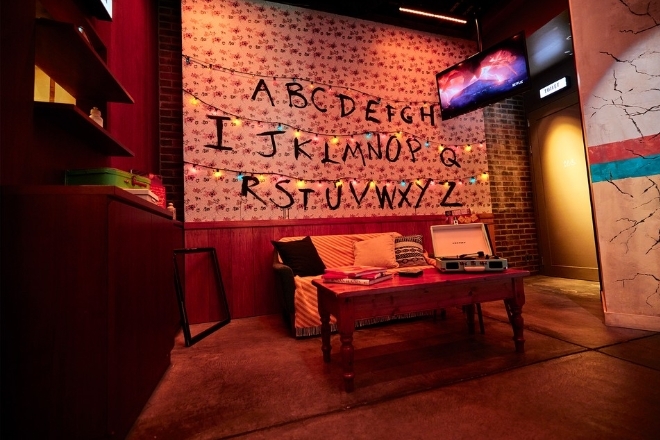 Fans of the smash hit series ‘Stranger Things’ can now get a glimpse of what it’s like in the upside Down. Netflix Japan have collaborated with the Shibuya branch of the Japanese café/bar Pronto and have done a fully Stranger Things-themed makeover which currently runs until September 4.

The pop-up includes replications of several iconic settings from the show. Fans are invited to come in to take photos at Scoops Ahoy, the ice cream parlor staffed by the characters Robin Buckley (Maya Hawke) and Steve Harrington (Joe Keery), or the living room of Joyce Byers (Winona Ryder), complete with graffitied wallpaper and fairy lights. Fingers crossed the flickering is intentional...

Read this next: Here’s all the tracks used in Stranger Things Season 4 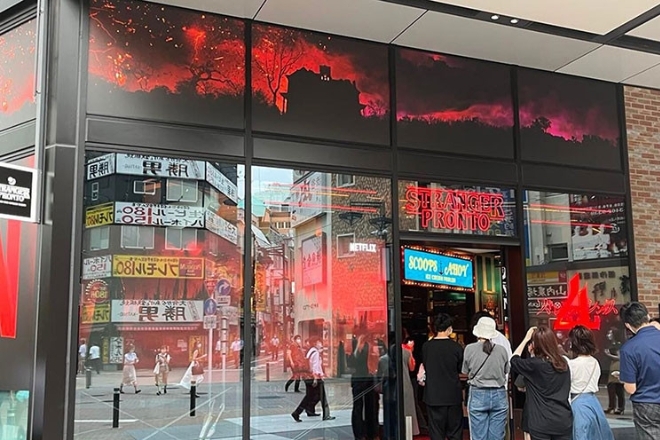 On the other ‘side’, the café has also created a special menu featuring pizza, waffles and slush drinks inspired by the sci-fi show which will only be available during the run of the pop-up. You’ll finally get to taste just how good El’s first hamburger was. 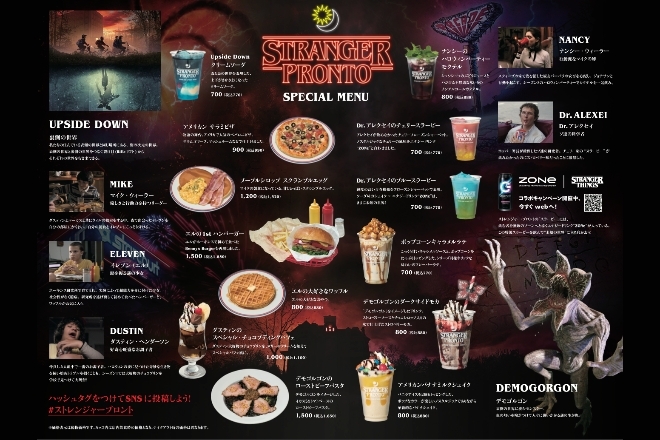 Read this next: Kate Bush has broken three Guinness World Records with ‘Running Up That Hill’

The collaboration follows the launch of Season 4, volume 2, of the show which dropped on 1st July on Netflix.

The Stranger Things x Pronto pop-up will run until 4th September, with bookings opening one week in advance and you can know more about it here.