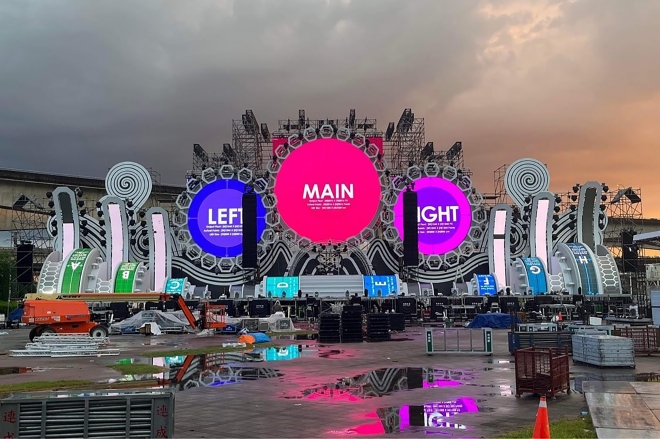 S2O Taiwan Songkran Music Festival took place on August 27 and 28 in Taipei after promoting a bulky lineup of A-list international EDM talents like R3hab, Yellow Claw, KSHMR and more. While the two-day event did indeed take place, notably absent were 11 international headliners who were dropped from the event at the last minute due to insufficient COVID-19 planning.

The day before the event, Spunite, the local organizers of the Thai brand, announced on Facebook that foreign acts would not be in attendance, with some artists even being denied boarding and removed from flights, but that the event would still go forward. The organizers cited the reason for the pullout as being that the Ministry of Culture (MOC) had not provided the necessary permits, putting the blame squarely on the ministry.

"We have successfully obtained all international artists work permit from the labor department, and travel visa from the foreign embassy," reads the Facebook statement. "But I would like to regretfully inform you that we didn't not receive the non-quarantine waiver from the various departments until now we still have no straight answer from any government official if it's approved or denied."

A compensation plan followed but failed to outline any refunds for what unfolded as an all-local event. Instead, ticket holders were told they could bring a friend for free. They reasoned that according to the company rules, the organizers have the right to change the venue or line-up.

Backlash followed immediately from angry netizens, comparing the incident to Fyre Festival and even the developing Cambodia job scam. The backlash only worsened the next day after the MOC issued a statement denying any inaction.

The detailed response claimed the MOC had requested the company's COVID-19 pandemic preparations for 68 foreign performers and staff on several occasions, reminding them on several occasions before receiving an incomplete plan at the end of the day on Wednesday, August 24, which left no time for changes and or approval from the Central Epidemic Command Center.

"MOC has repeatedly sent reminders to the organizer on August 18, 19, 23, and 24; and provided them with examples of an epidemic prevention and control plan," reads the statement. "However, the documents that were submitted contained many omissions such as the failure to conduct a thorough site survey with the local government officials before the event; no advance notification was given to the airline company and the border control authorities for customs clearance; no other detailed information was provided, such as preventive measures, disinfection of hotels and performance venues, list of hotels where the artists and staff will be staying, and others. None of the abovementioned plans proposed by the organizer are in compliance with the current COVID-19 prevention regulations for international travelers."

With only two days to go until the event, the MOC rejected the application.

By Saturday evening, Taipei City Councilor Miao Po-ya (苗博雅) wrote on Facebook that over 1,700 people had filed complaints against Spunite, who owed NT$9.9 million (US$326,800) in refunds.

Later in the week, Consumer ombudsman Chen Chin-yi (陳瑾儀) said that according to ministry regulations governing concert contracts, ticket holders have the right to at least a partial refund if a change is announced before the event and a full refund if it is not announced.

Following this announcement, Chen also said the organizers would be meeting with government officials on Monday to negotiate a solution for refunds—which we hope will result in an amicable ending to S2O Taiwan.

Spunite has a long history in Taiwan. Since 2002, the organizers have long been doing large-scale events on the island and are amongst the few doing it. Besides importing the S2O Songkran Music Festival brand from Thailand, which is one of the more popular imports for its spectacular water and visual show, it’s also the local partner for Road to Ultra events and its own branded events and festivals. They consistently bring in international acts across EDM, trance and hardstyle, and were the first to take the post-pandemic risk of throwing a large-scale event on the island. We wish them luck resolving the matter and hope they can regain public trust so they can continue throwing events in Taiwan.