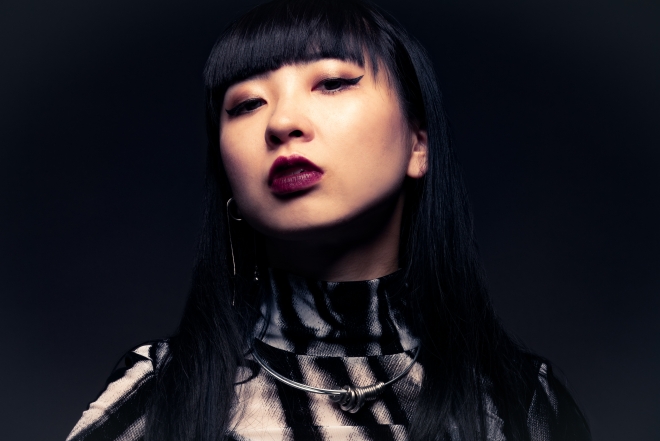 2020 was quite the year for Risa Taniguchi. First, the Tokyo underground mainstay took us on a locals tour of her cities ravishing hidden ramen spots on our Yum Cha Chats.

The formidable techno maiden also saw her steadiest year of production credits, dropping three EPs including follow up singings with Second State and Kneaded Pains after releasing singles with both labels in 2019. Then her track 'Sodium' via Second State was included in our 20 in 2020: Musical Pearls From The Electronic Asian Deep. Despite a global pandemic Risa Taniguchi experienced a career year. Just to make sure 2020 was her plateau, Tokyo's rapidly rising princess of techno kickstarted 2021 by being included in our feature This Is Asia: 20 Female Artists Pushing The Sound Of The Far East Forward.

With 2020 in the rearview mirror and 2021 in her headlights, Risa Taniguchi seems to have found a hidden sixth gear and is seamlessly drifting around the industry's corners. With her debut EP on Cin Cin already out, Taniguchi drops her sophomore release with Second State in her When I See You EP. The four-track release finds Taniguchi in her element kicking things off with two raging techno bangers in 'When I See You' and 'Mute Everything'. The tracks have dominating kick drums and heavy driving bass lines, flurries of hi-hats, percussion, shakers and bright distorted synth lines to fill out the edges. Pure dancefloor techno bangers and absolutely suited to Risa's home turfs of Vent, Contact and Womb.

Things get really interesting when we reach the third and fourth tracks as Risa takes a more risky and experimental approach here. 'Reunited G' is the lightest track of the release, abandoning the heavy kicks in favour of melodies, vocal snippets, tambourines and bass notes. Then 'Isolated Island' finishes the EP in crackling form. Risa's own vocals feature on the track and the drums and melody play a nice call and answer game throughout.