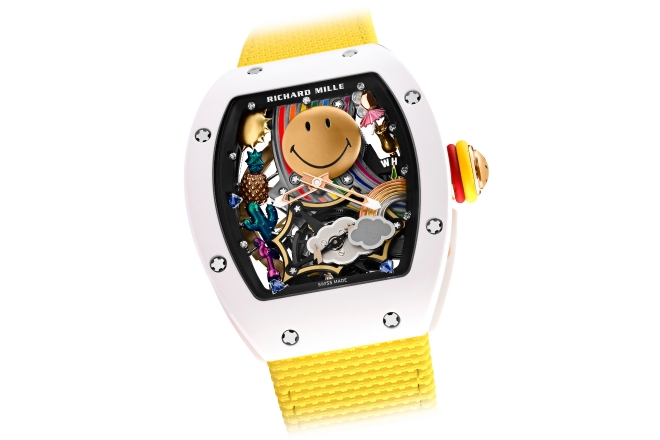 Swiss luxury watchmaking brand Richard Mille has bestowed upon aficionados of both high-end watches and acid house the ultimate timepiece that’s guaranteed to put a smile on their faces.

With only 50 pieces available worldwide, the limited edition RM 88 Automatic Tourbillon Smiley honours the happy-face, yellow symbol in a watch that brims with fun and enthusiasm.

Along with its release at the end of September 2022 comes an introductory video that highlights its detailing, fittingly soundtracked by a heavy beat and warbling synth sounds to immerse in as the trippy video plays on. Take a peek below.

As displayed above, the iconic smiley figure gets an 18-carat yellow gold makeover and is accompanied by a bunch of colourful miniature sculptures; a blossoming flower, a golden sun, a pineapple, a cactus, a pink flamingo and a rainbow all arranged in a three-dimensional aesthetic.

Each ornament is hand-finished and housed within an ATZ white ceramic bezel and rose gold case. Just glancing at the dial is exciting in itself, especially after you’ve splurged US$1,200,000 on the indispensable fashion accessory. 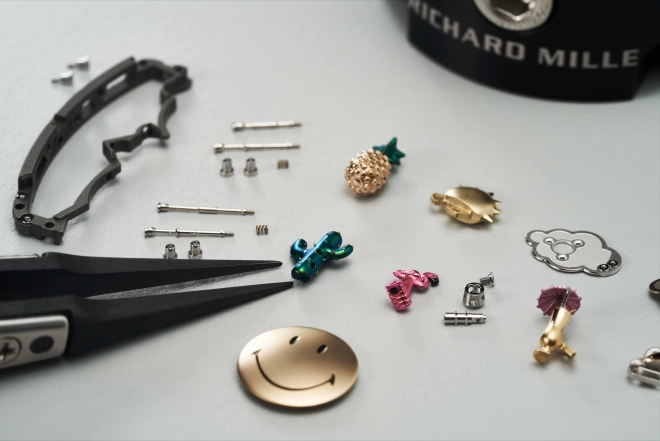 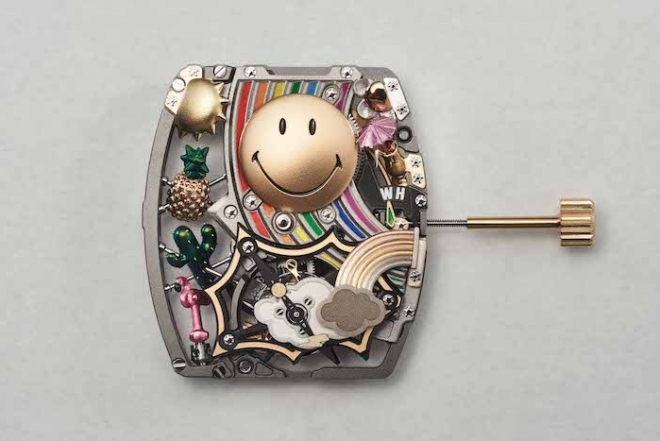 Read this next: New rave book 'Members Only' explores the VIP side of acid house

The famous grinning face was designed back in 1963 by a man named Harvey Ball and it got licensed in 1972 by Frank Loufrani’s The Smiley Company. ‘Smiley’, as it’s now famously known, was used as a symbol of American counter-culture in the 70s before it slowly made its way into the acid house scene as the genre rapidly spread across Europe and the UK in the late 80s.

British DJ Danny Rampling is thought to have popularised the logo during Paul Oakenfold’s birthday celebration in Ibiza at his acid house club Shoom.

Read this next: Tearing the rule book: photos from the raucous golden era of acid house

“We adopted the logo. It represented what we were about: peace, love, unity, and happiness,” Rampling states.

Decorating the space with painted banners emblazoned with Smileys and slogans, he created a “free state of hedonism” which the yellow face ultimately became synonymous with.

For a closer look at the RM 88 Automatic Tourbillon Smiley, head here.