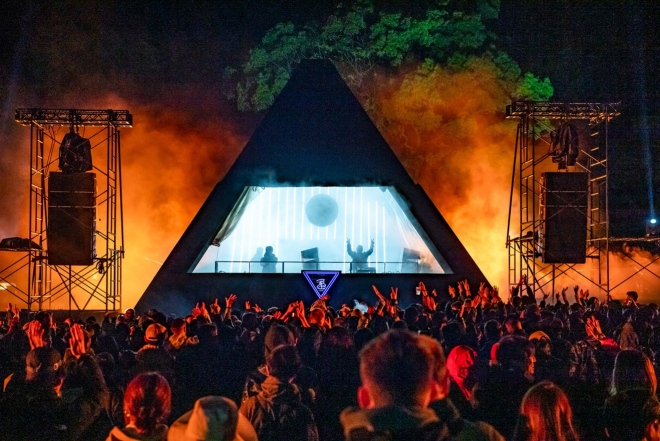 Japan’s beloved bucolic festival Rainbow Disco Club announced today that it is returning to Japan in 2023, and after several years, fans from around the world can finally plan on attending.

The announcement comes just after the organisers held an 18-hour spin-off party at Chidori Park in Kawasaki called Sound Horizon last weekend. The event even saw a couple of international acts like HAAi and Floating Points, who played alongside local selectors like Kikiorix, CYK, Wata Igarashi, and more for the all-night extravaganza.

Next year's event will be the first time in three years that fans of Rainbow Disco Club from around the world can attend the festival—borders in Japan only officially opened to tourists for visa-free travel on October 11. Rainbow Disco Club did hold a flagship event in 2022; however, it was an all-local affair. Previous to that, the festival was canceled two years in a row because of the pandemic.

Rainbow Disco Club will take place in Higashi-Izu Cross County Course in Japan from April 29 – May 1, 2023