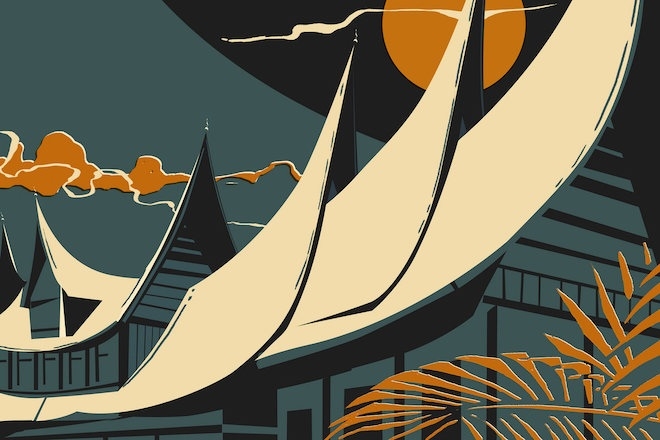 Soundway Records’ newest compilation journeys back to the origins of Indonesia’s contemporary recording industry, featuring 27 archive tracks that paint a vivid picture of the state-sponsored sounds crafted to help galvanise a sense of identity in the nation’s formative years.

‘Padang Moonrise: The Birth of the Modern Indonesian Recording Industry 1955-1969’ presents a section of handpicked tunes based on traditional songs from all corners of the archipelago’s 17,000-plus islands and 1300 distinct ethnic groups. After gaining independence in 1945, the Indonesian government were tasked with finding ways to consolidate the geographically disparate nation, incorporating a new language and new ideas of national identity.

Drawing on influences from regional pop music, Islamic Gambus, Javanese & Balinese Gamelan and Kroncong, state-sponsored musicians and arrangers re-imagined the far-flung forms with elements of jazz, Afro-Latin music and instrumentation, alongside vocal harmonies influenced by American doo-wop and rock & roll. Traditional songs from Java, Sumatra, Bali and beyond were reformed by the groups, and the unique blend of styles and sounds that resulted were barely known outside of Indonesia until the resurgence of interest in vintage international sounds helped to shed light on some of these esoteric recordings.

Since launching in the early 2000s, Soundway Records has garnered a formidable reputation for resurrecting lost, forgotten and covered international music alongside work from a handful of contemporary artists. ‘Padang Moonrise’ was compiled by Miles Cleret and is released on November 25.

Padang Moonrise: The Birth of the Modern Indonesian Recording Industry 1955-1969’ is out on November 25, you can order it here