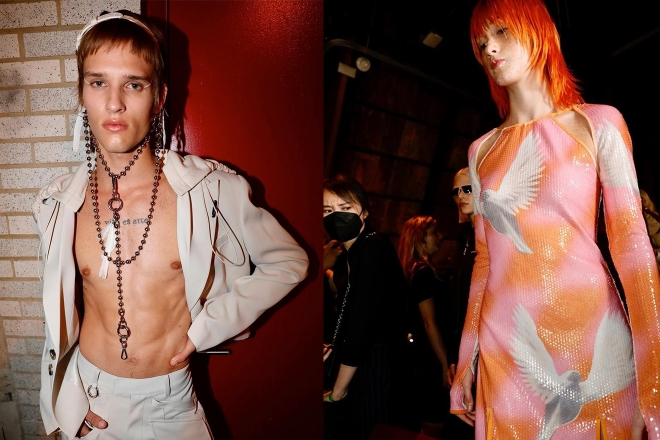 The new collection ‘Noah's Ark’ is inspired by the Bible story of (you guessed it) Noah's Ark. In the designers’ analogy, they compared the animals to people that flooded the clubs, in which both are looking for freedom, peace and relief.

“In the modern day, we’re all like the animals [on Noah’s Ark]. At first, you’re all strangers, but then you escape the world together the minute you enter the nightclub,” explains Qu to Vogue. 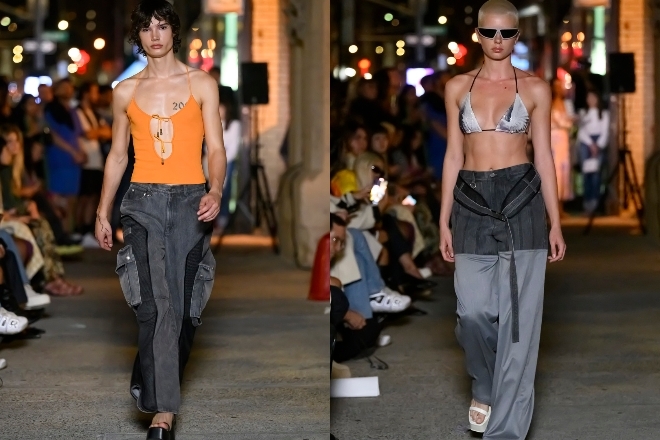 Read this next: Richie Hawtin relives nights out in Tokyo for new 'Prada Extends' video

The Private Policy designers want peace on Earth and have expressed it in the 2023 show which took place at a firehouse in New York’s Chinatown. Models strutted down the runway showcasing 27 looks that highlighted their club-ready silhouettes and a symbolic dove print as their hero pattern.

This season they have combined asymmetrical plaids, bottom-heavy proportions, and functional hollowed-out details to express the after-work, late-night glamour. 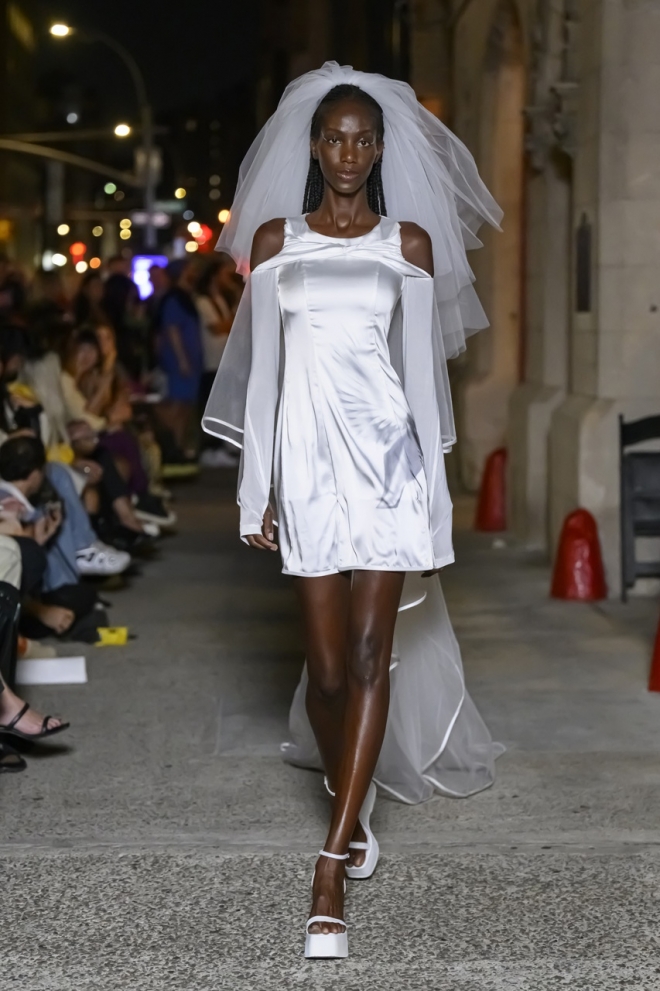 In addition to the popular nightlife combo of itty-bitty tops and oversized bottoms, Li and Qu also have also embedded an environmental aspect towards the collection. Upholding the core spirit of sustainable development in fashion design, they opted for recycled fabrics in a number of their looks. For example, the last set of bridal white dresses that were shown on the runway was designed with recycled polyester fabrics.