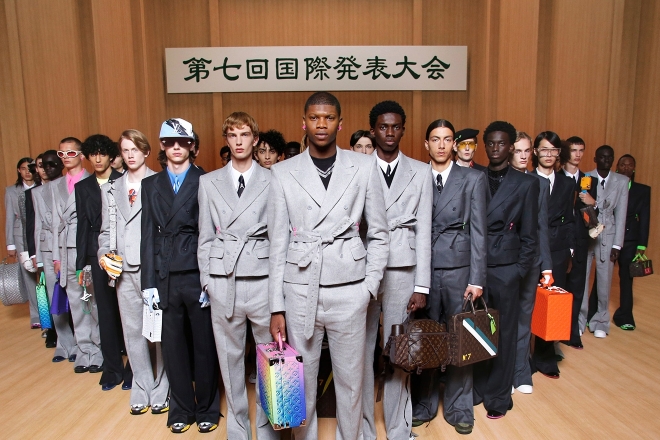 Virgil Abloh skateboarded to his SS22 fashion show. He had noted earlier in the day on Instagram that he was “thinking different”. Different, indeed. The collection made a case for men's dresses and skirts, altogether calling for an "end to male and female dressing in favour of a more ‘human’ approach to dressing."

He also put Goldie on the runway.

Abloh said he turned to the Metalheadz label head for the impact he had on music culture, and put him in this season’s most notable tracksuit. The label’s iconic headphone-wearing skull symbol also appeared throughout the collection, alongside other rave motifs that permeated the collection. 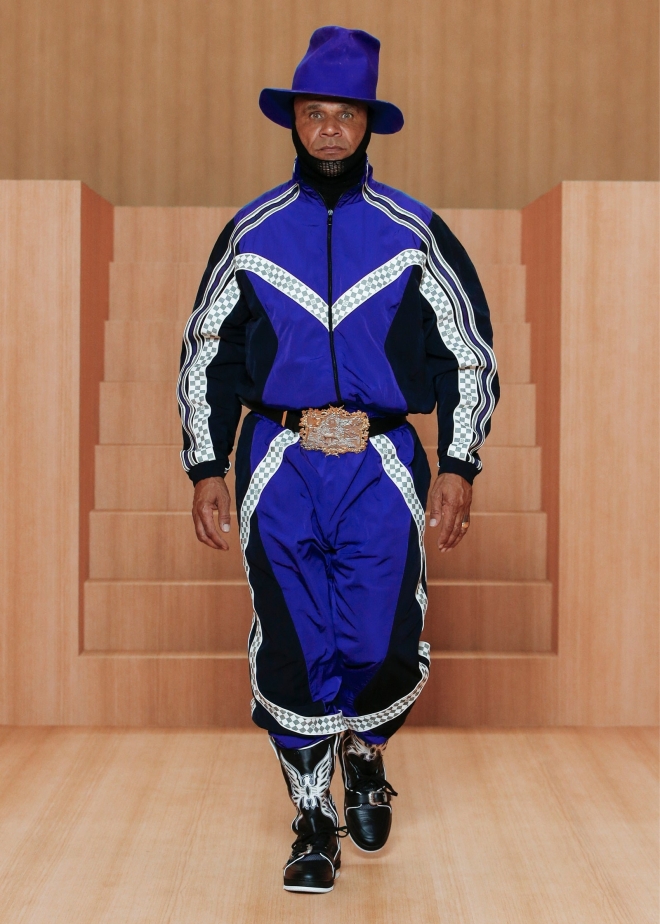 Goldie also appears on the soundtrack with his latest tune ‘Dassai Menace’ opening the collection's accompanying short blockbuster. The short film is called Amen Break, titled for a six-second drum loop that was adopted from a track by 60s soul group The Winstons, which went on to influence hip-hop and electronic music genres like drum ‘n’ bass and jungle, as well as being one of the most sampled pieces of music of all time. The film's narrative follows two samurai figures through barren wastelands until a portal leads them to a forest rave before a final showdown at a dojo. The plot draws inspiration from several places, loosely following The Lone Wolf and Cub, a classic Japanese kung fu film, and rapper Lupe Fiasco’s life. The chess theme nods to the cover of GZA’s seminal album Liquid Swords, who is a keen player in real life, with '4th Chamber' also backing the musical accompaniment.

“A teenage dream,” Abloh said to Vogue. “We’re at this age now where I feel like how my parents did when they were nostalgic for Grateful Dead. Wu-Tang were the superhero group. They had us watching Kung Fu films.”

Directed by Mahfuz Sultan, the film focuses on the idea of transmission. The fashion house explains, "the act of passing of something from person to another, activating waves of change across generations, and impacting the lives of others."

Goldie also stars in the film alongside Saul Williams, Lupe Fiasco and Shabaka Hutchings in a continuation of the designer’s celebration of creative Black talent, and plays the lead samurai. The musical direction and production is courtesy of British DJ and producer Benji B.

If you think you’re too techno for Louis Vuitton, then you’re in for a real treat. Watch the film below.