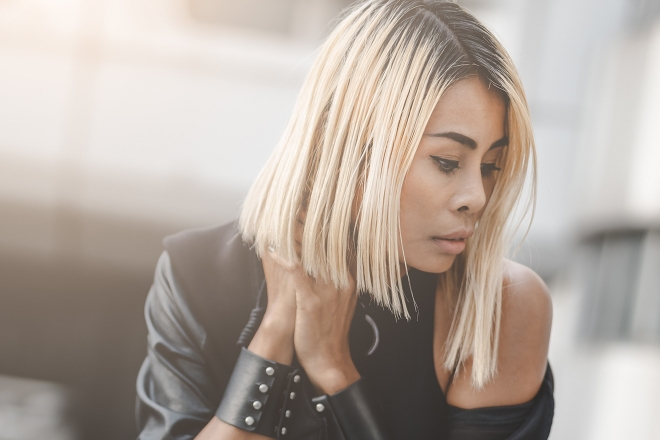 For Nakadia, lockdown saw the artist invest more time navigating new territory right at home in her own studio. It was an out with old, in with the new approach to everything from her sound to her set up and even her personal energy. It was a fertile experience that’s left the Berlin-based artist armed and loaded with a plethora of summer anthems primed for a post-pandemic world in which she’s wasted no time hitting the road back on tour across Europe delivering her signature harder-edged performances. But in fact, on her latest release, she presents a “lighter” tune than what we’ve come to know from Nakadia.

‘Around The Clock’ is an acid-laced number with a raw energy that paints it perfect for primetime DJ sets and early morning after parties. The influence on the melody was drawn from a 303 acid line which Nakadia transformed into a midi file and then played through a synth, giving this unique tune an acidy squelch. The inspiration for the slight switch in sound on ‘Around The Clock’ came after Nakadia was moved by a set from the king of Ibiza, Jamie Jones.

The track was only half-finished when Dr. Motte approached her for a contribution towards Rave The Planet. A few edits later, she found herself headed in a new direction that felt good. The end result is a dance floor bomb that is destined to move crowds with its Love Parade energy, a purposeful mood in preparation for next year’s techno parade revival.

‘Around The Clock’ comes via Riot Recordings together with Rave The Planet and is featured on the sixth instalment of the Supporter Series in which Nakadia is accompanied by PETDuo and Saytek. Rave The Planet is a Berlin-based non-profit organisation that blends the art and culture of electronic music into its projects with an overall ethos of protecting techno culture as a UNESCO Intangible Heritage practice. Rave The Plant has also announced plans to bring back the spirit of the Berlin Love Parade with a new "big techno parade" slated for 2022.

Now stationed in Berlin, Nakadia is a Thai artist whose career began in 2002 after she spent most of her life growing up in poverty in rural Thailand. She chronicles her experience in an autobiography released year called Positive Energy – Becoming Nakadia. In June she released her Time and Space EP and has several more EPs slated for release later this year across several labels. As we said, she’s not one to sit still.

'Around The Clock' comes out Friday, July 23 2021 on Riot Recordings. All Supporter Series sales proceeds go directly into Rave The Planet's non-profit projects.