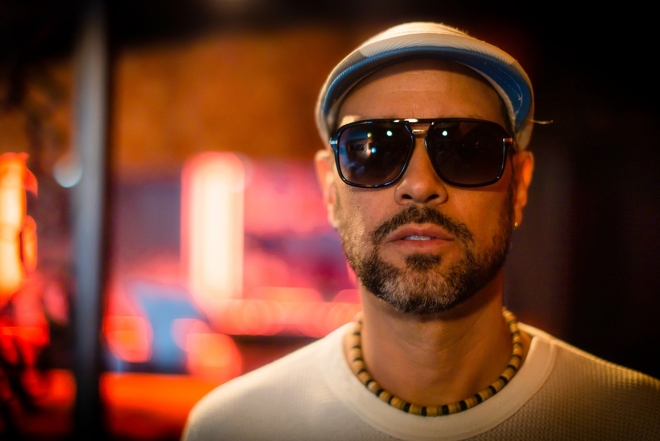 Thomas Barnett is a man of many hats: DJ, songwriter and producer but most importantly a Detroit native. Detroit is in his veins. Barnett was there from the beginning and his accolades should quickly put to rest any questions arising of the artist's authenticity. As a founding member of Rhythm is Rhythm, along with Derrick May, Barnett helped to shape the early days of Detroit, and the local sound that would be recognized as Detroit techno.

As a teenager, Barnett got his first big solo break in 1987 when he released 'Nude Photo' via Transmat Records. The record is co-written by Derrick May and forever secured Barnett's place in the subculture history of techno music. Over the years, and as many Detroit natives have done, Barnett released music through a variety of different aliases including Subterfuge, Groove Slave, Paris and Four313. His music has been featured in everything from movies to commercials to adult films and his hit record 'Do Bionics Crystalize' was championed by Richie Hawtin on his 'DE9 Transitions' release. Thomas would continue to release music with other labels throughout the years, finally founding his own imprint in 1996 'Visillusions Records'. In 2008, Barnett attended Movement Festival in Detroit, this is where he was first introduced to CloudMasterWeed (CMW). The duo hit it off immediately and a longstanding friendship was established.

Fast forward to 2021, and Visillusions is preparing to release CMW's 'Anything is Possible' EP, with the title track being remixed by label boss Thomas Barnett. CMW has a signature sound that pays homage to his roots in 80s and 90s hip-hop but also shows his diverse influences from soul, jazz, afrobeat and disco. Despite this wide array in his musical universe, CMW has a penchant for sounding very Detroit in his approach, and perhaps that's where the worlds of CMW and Thomas Barnett intersect.

On the remix for 'Anything is Possible', Barnett is flexing his Detroit roots. The single is a smooth but fast-paced techno number that clips, clacks and claps in all the right places. A subtle acid bassline is at play in the background while a short loopy trance melody dominates the frequency spectrum. The song races towards the breakdown at the halfway point where the all too familiar vocal sample comes into focus. Sampled from the hit film 'The Matrix', we hear Neo present his uplifting message to the people before the song kicks off in high gear again. The fusion between CMW's signature deep house style and Thomas Barnett's techno influence create a sonic ensemble that is sure to get any Matrix fan out of their seat.

The EP is rounded off with a second remix of 'Anything is Possible' in a future house style from Native 97 as well as another single from CMW titled 'U & Me Alone'. CMW puts his signature French touch to work to create another hypnotic floor filler on the final track.