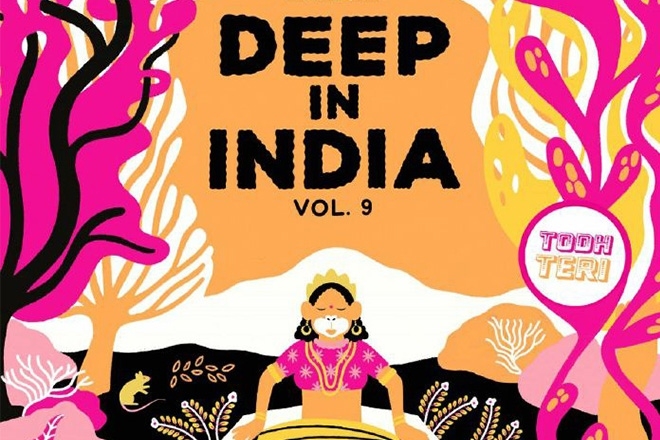 The elusive Indian producers who put an uncanny spin on cinematic house music, Todh Teri and Masala Movement, are about to announce the ninth chapter for their Deep in India EP series. Todh's 'Sampadan 29' was recently featured together with fellow producer United Machines on Mixmag Asia Selects Vol.1 which just came out last week.

Amongst the deliberate surprises and studio antics from both of their refined approaches to sampling, there are a few key consistencies in their immaculate works (or reworks if you’d like to get technical), that never fail a listener — these include larger than life grooves, unabashed nostalgia, and drums that slap you into a head shake.

Kone Kone, like Todh, is known for his effortless meanders between the blurred lines of spacey, acid-tinged house and disco, showcasing without showing off vocal gems sampled from the early years of Indian cinema. The pair struck musical gold with Todh's remix of Kone Kone 'Come Closer', which was originally released with Kone's video edit. Check it out here.

Today’s premiere ‘Sampadan 30’ is no different — Kone Kone makes the track’s foundation clear with sweeping filters over rising string chords, grandiose piano stabs and a dirty disco bassline that induces incessant nods from above the weight standing above your shoulders. But the real driver behind the track brings us back Kone and Todh’s affinity for those glamorous and nostalgic vocal samples that are chopped up to harmonious perfection.

While Todh Teri fuels a bumpier ride on the other three tracks on Deep in India Vol.9, Kone Kone keeps the late 80s disco era from India magically alive with ‘Sampadan 30’.