We are hugely excited to announce our first-ever compilation featuring an all-star cast of Asian talent. From industry veterans to up-and-coming selectors, we’ve compiled a 10-track album that showcases the motley of sounds that represent Asia’s modern electronic music scene.

Leaving no genre untouched, Mixmag Asia Selects Volume 1 reaches all over the continent and welcomes a mixed bag of artists. Unsurprisingly, Indonesia features thrice on the compilation with music from different sides of its electronic music spectrum. Ecilo’s ‘No Down In Space’ caught the attention of Jeff Mills’ imprint Axis Recordings before landing on the compilation and Bleu Clair’s ‘HIT LIST’ via Monstercat brings to dance floors what one can only describe as extravagant house music for the future. Finally, Munir’s ‘Seminyak Trance’ straddles the edgier side of groovy house music with the sounds of his native homeland.

The compilation continues on to the Philippines for a tantalizing taste of the country’s food and music culture all bundled into one track called ‘Oyster Sauce’ by Manila-based DIY DJ and producer Pamcy before moving onto Thailand for a soulful and sublime sunset experience that's reminiscent of better days spent basking on the sun-drenched shores of Phuket with Q Narongwate’s ‘Let There Be House’. The express trip across Asia continues to Japan where Que Sakamoto and + NT, a DJ known best for his off-kilter sensibilities, delivers a riveting mid-tempo banger called ‘Mouikkai’ that bounces between playgrounds of electro-breaks and dark disco.

Moving down to South Asia, the compilation taps India’s anonymous gatekeeper of the golden era of Bollywood Todh Teri for ‘Sampadan 29’ with United Machines which delivers no shortage of chunky drum work and fat acid basslines to safeguard the nostalgia.

Next, we drop by the main stage where Mixmag Asia Selects navigates through the heart-racing sounds of the region’s EDM community with an addition from the Barong Family who deliver a banger called ‘Born To Be Cool’ from label mates DOLF, Dysomia and Taiwan’s RayRay. The last stop is Lion City where MYRNE represents Singapore and brings the heat with a collaboration called ‘All For Nothing’ with French musician Duumu, a track consisting of a poppy, soulful beat to Duumu’s airy vocals.

The 50-minute album also includes four tracks that are exclusive to the compilation.

Listen to the album below or via Spotify. 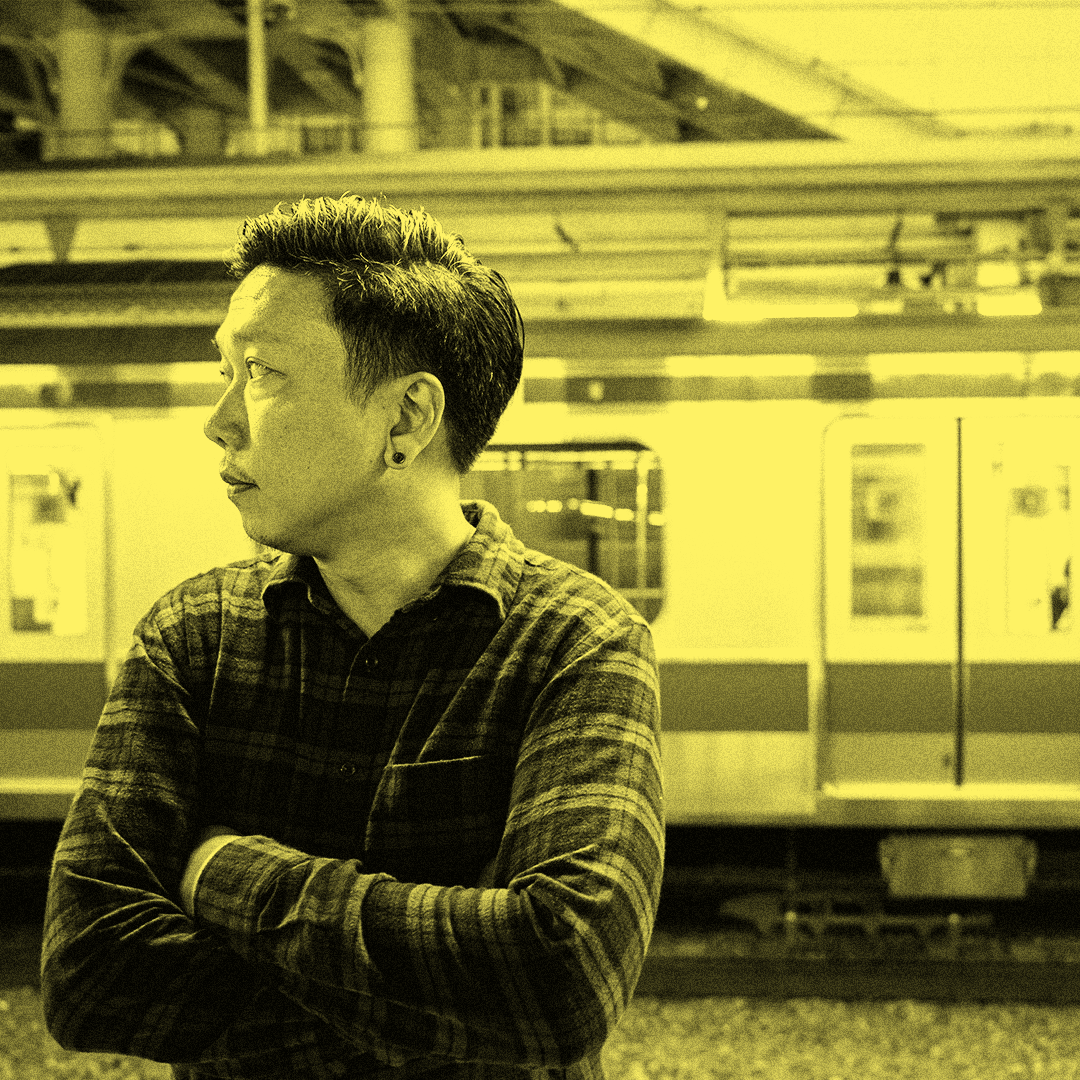 Phuket’s very own Q Narongwate has been praised by some of the world’s top soul and house music artists including Louie Vega, Bert Bevans of Studio 54, Aaron Ross and Rhemi. He’s been billed as “the best DJ on the island” and is armed with a healthy discography of past remixes and releases to his name. One of the few and only Thai natives keeping house music alive, Q Narongwate’s ‘Let There Be House’ is the soundtrack to your summer at the beach. 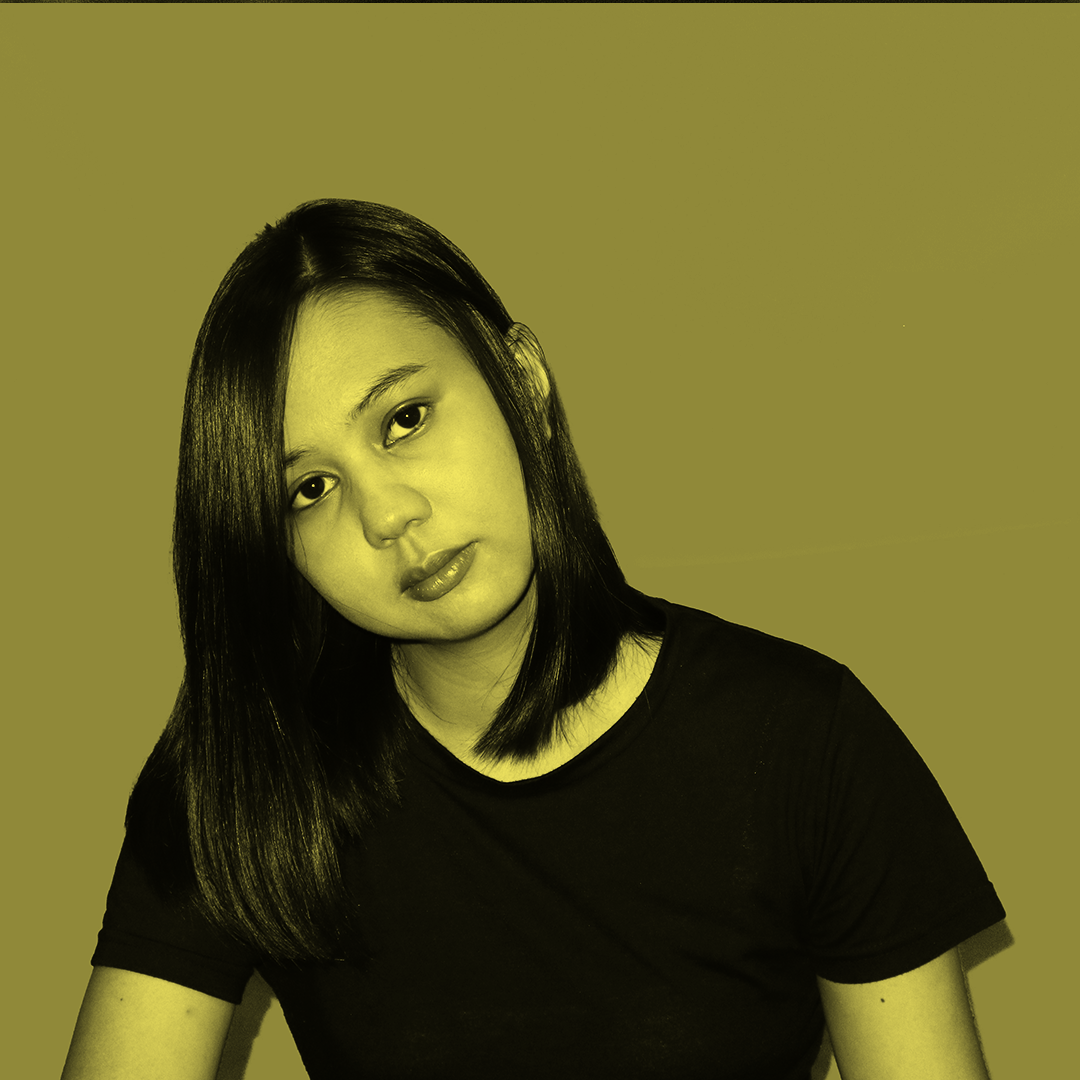 Pamcy is a Manila-based DJ with a colourful, DIY approach to house music. ‘Oyster Sauce’ was the tastiest cut from Pamcy’s recently released ‘Sauce Aisle EP’. Filipino producer and DJ Pamcy ensures the deeper notes are intact without forgetting to finish with that glossy shine. In between her take on a classic house rhythm are layers of the fine details of synths, vocal snippets and chunky basslines that are full of groove and all sorts of blips, bleeps and bloops. 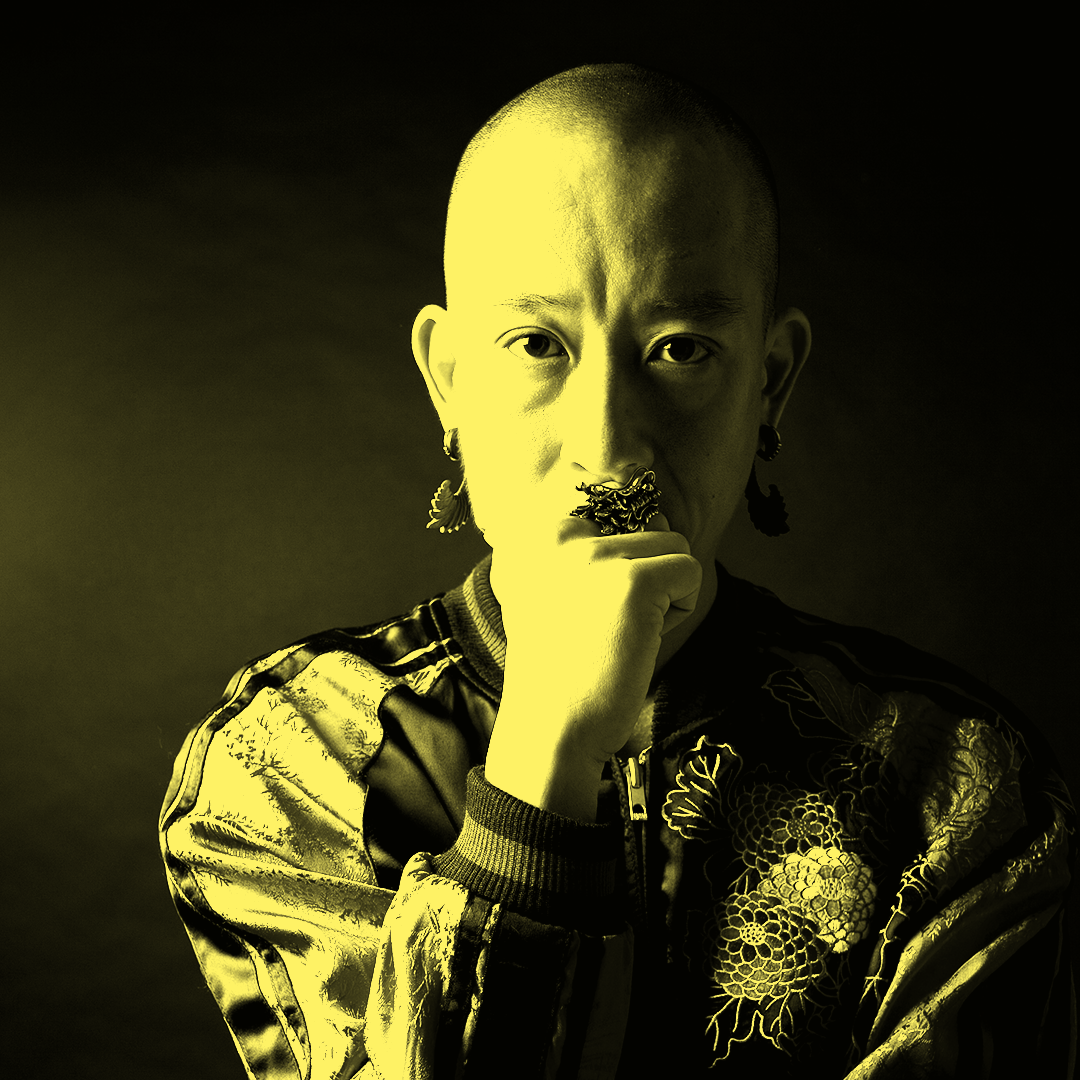 DJ, producer and saxophonist Kaye is Singapore’s leading figure in the dance and underground scene. He co-founded one of the city’s most recognised labels around the world, Darker Than Wax, whilst also marking himself as a globally sought after producer and performer. ‘One Desire’ pays homage to the soulful depths of Kaye’s musical repertoire with its funky beat and thrilling synthy style. 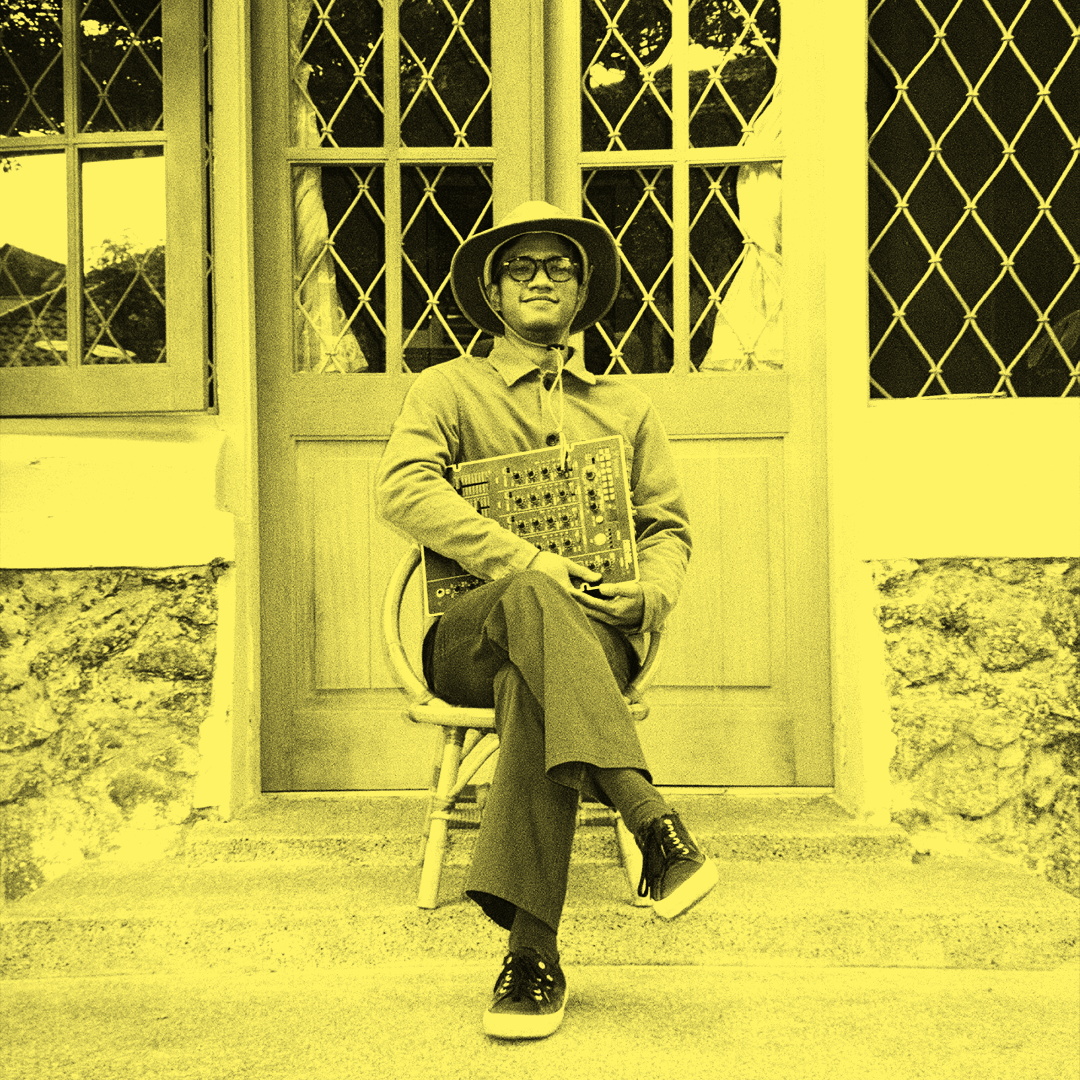 Known for being one of Indonesia’s most avid vinyl aficionados, Munir is one of the region's top selectors for rare disco and edits. ‘Seminyak Trance’ is one of his few original productions that bridge his edgier side of groovy house music with the sounds of his native homeland, whilst aptly paying a nod to Bali’s late-night mecca — trippy house inspired by the Island of the Gods. 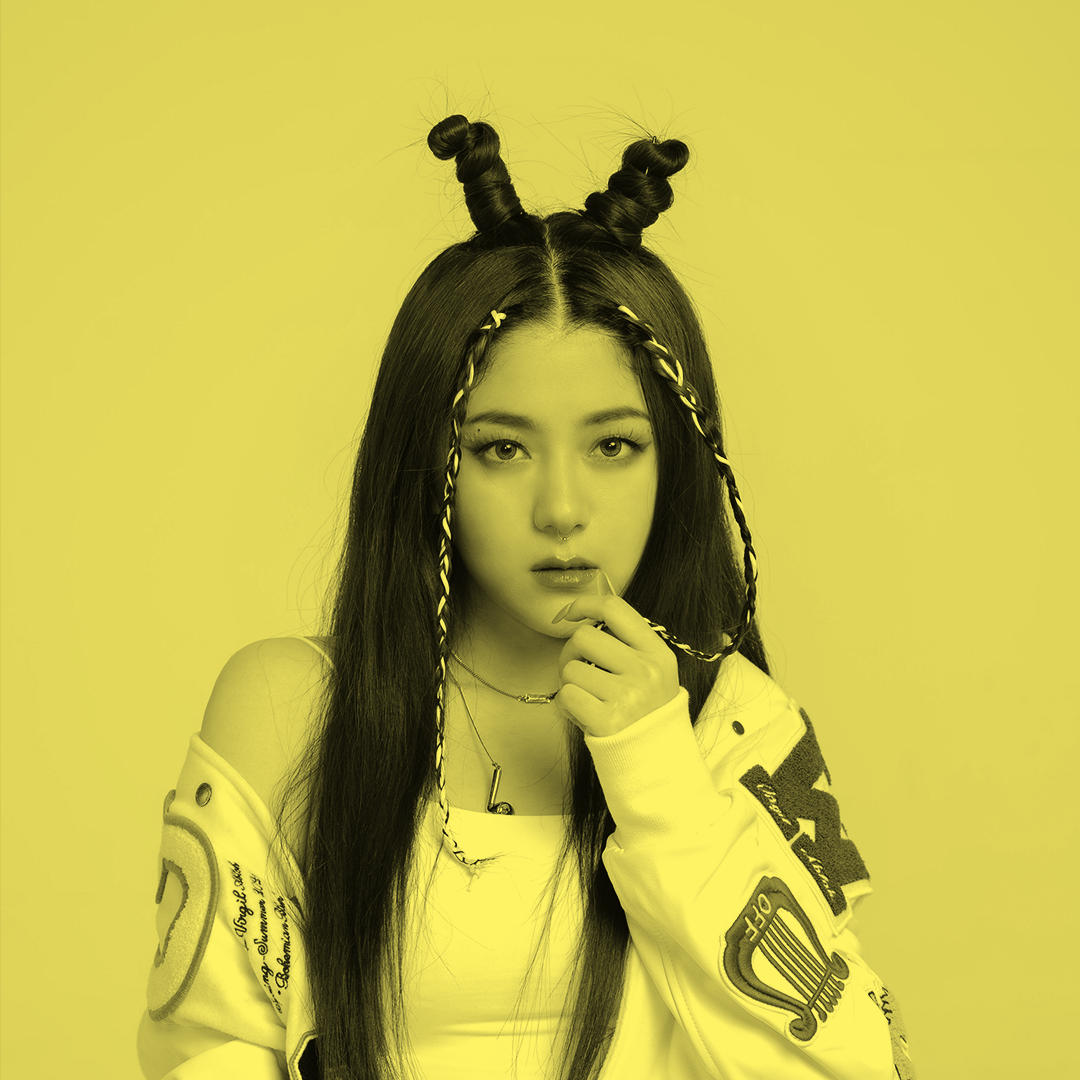 Yet another banger collaboration by DOLF overseen by Yellow Claw’s Barong Family label. This collaboration with members of the Barong Family family features some funky synth beats supported by vocals by Taiwan’s RayRay who steps out from behind the boards to offer her talents in front of the mic. 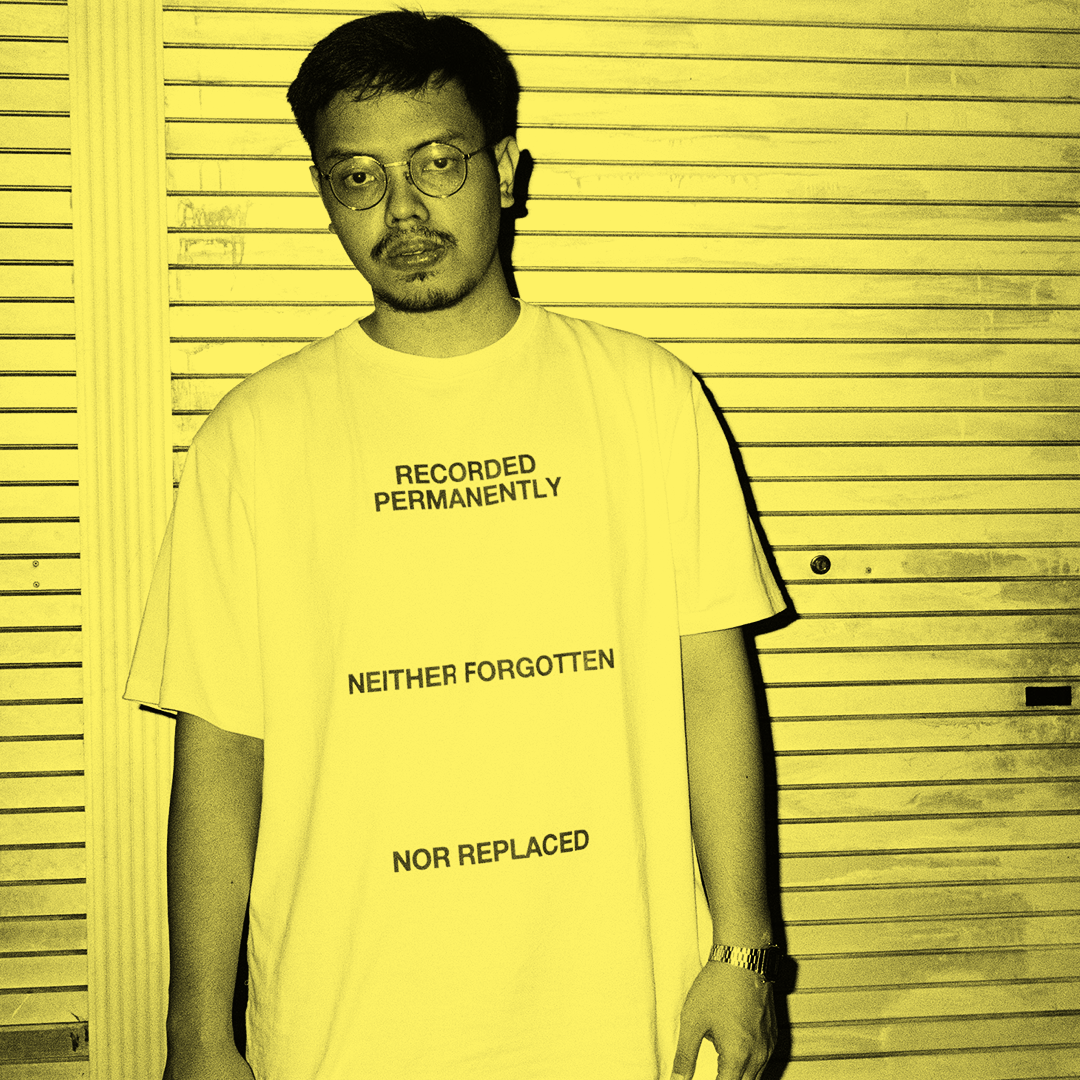 With a distinct and stylistic sound, Indonesian born artist Bleu Clair is bringing to dance floors what one can only describe as extravagant house music for the future, earning him support from A-list artists like Diplo, Dillon Francis, Matroda, Valentino Khan, Joyryde and many others. Bleu Clair’s output is impressive, giving rise to a highly anticipated decade in house music. ‘HIT LIST’ gets the job done with a heavy beat that gets you moving.

Singapore 7. Duumu & MYRNE ‘All For Nothing’ 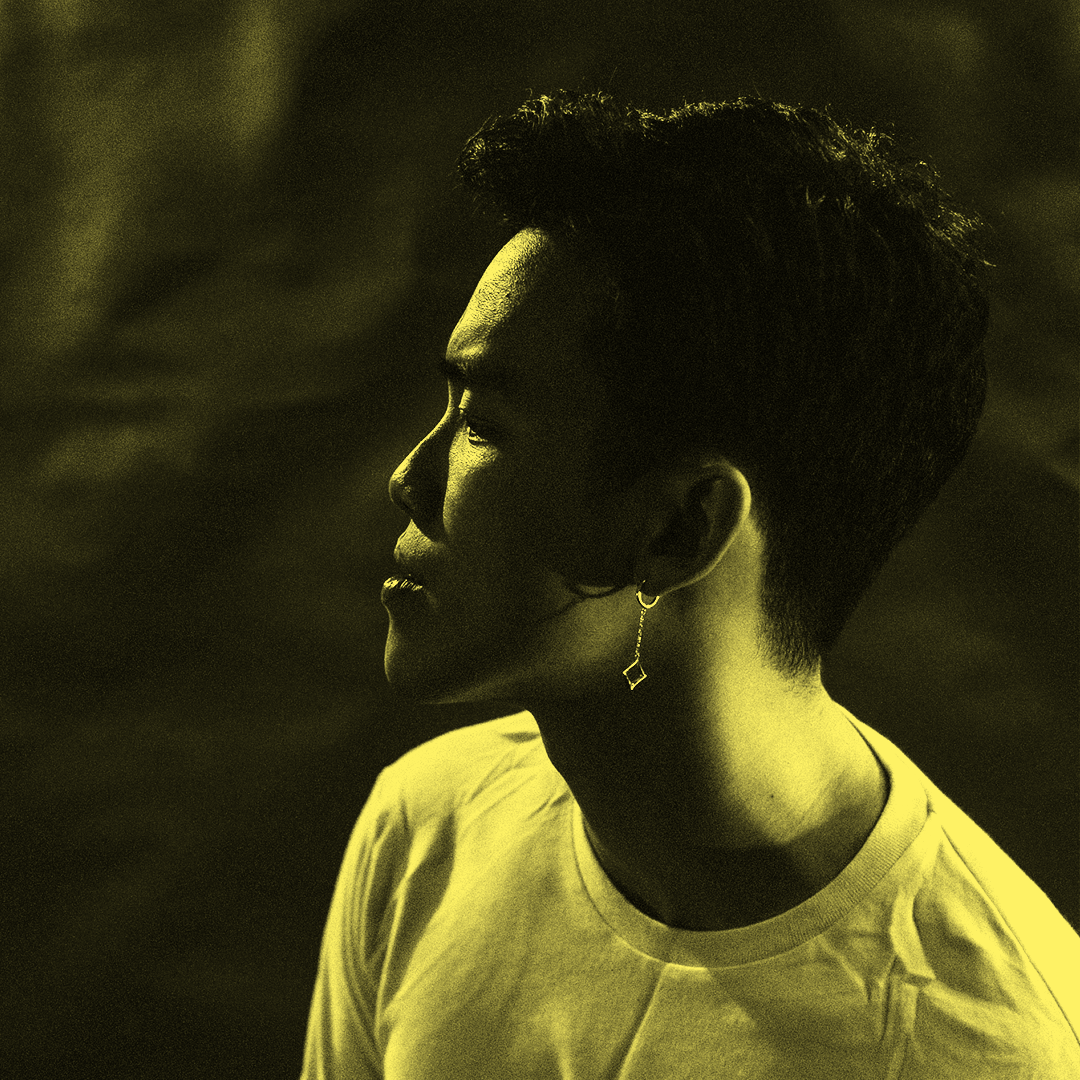 Since releasing his electronic-indie LP ‘B4NGER PROJECT’ in 2017, Singaporean DJ and producer Myrne has seen massive success with collaborations and tours across the globe, making himself known for achievements such as being the first Singaporean act to play Ultra Miami and Tomorrowland. Myrne brings the heat with this collaboration with French musician Duumu, a track consisting of a poppy, soulful beat to Duumu’s airy vocals. 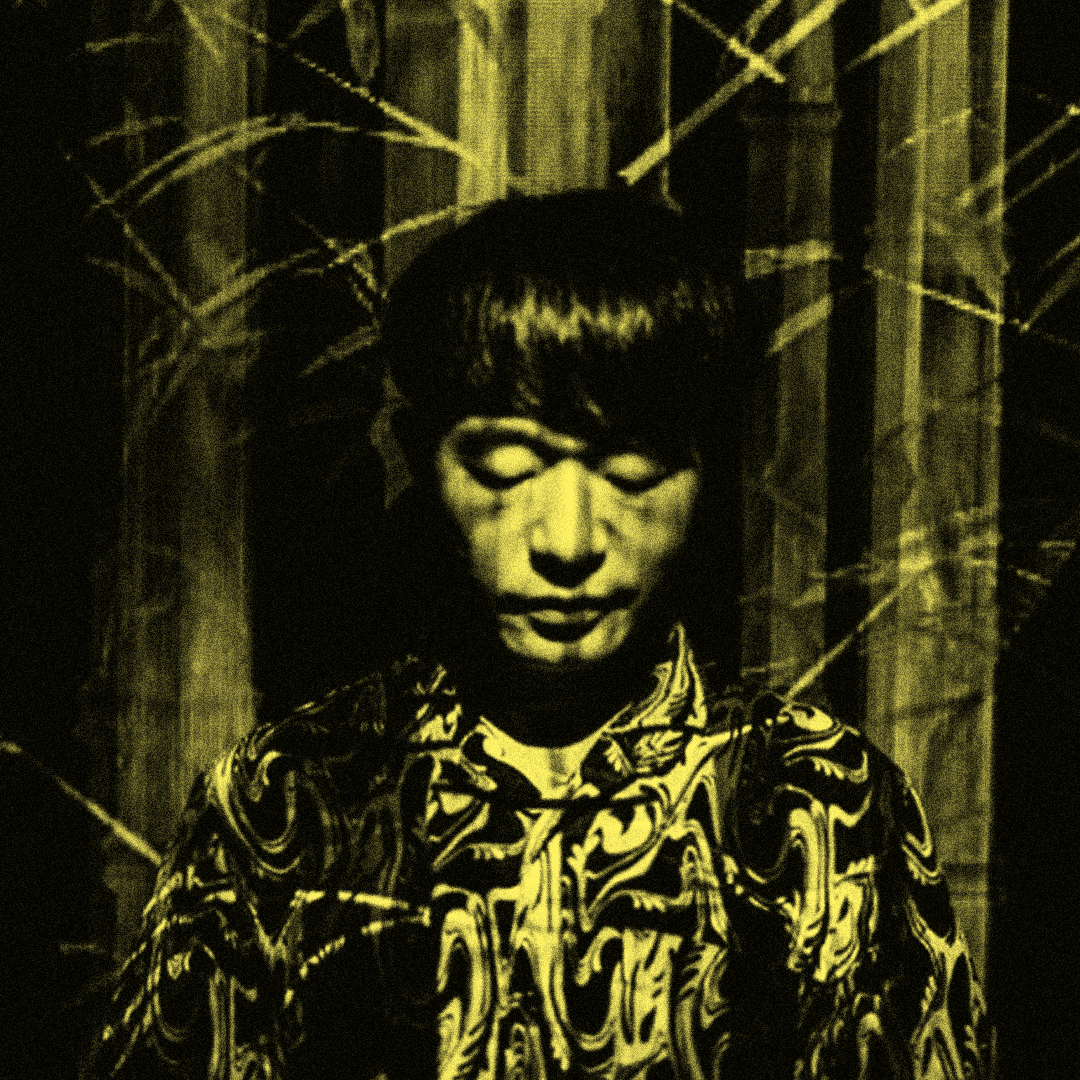 Obscure delicacies have been a choice flavour for global digger and touring DJ Que Sakamoto. Known best for his off-kilter sensibilities as both a DJ and producer, Tokyo native Que has delivered a riveting mid-tempo banger that bounces between playgrounds of electro-breaks and dark disco. Jerking and jolting through cosmic sounds with the help of +NT, ‘Mouikkai’ is a previously unreleased gem from one of Asia’s finest underground purveyors. 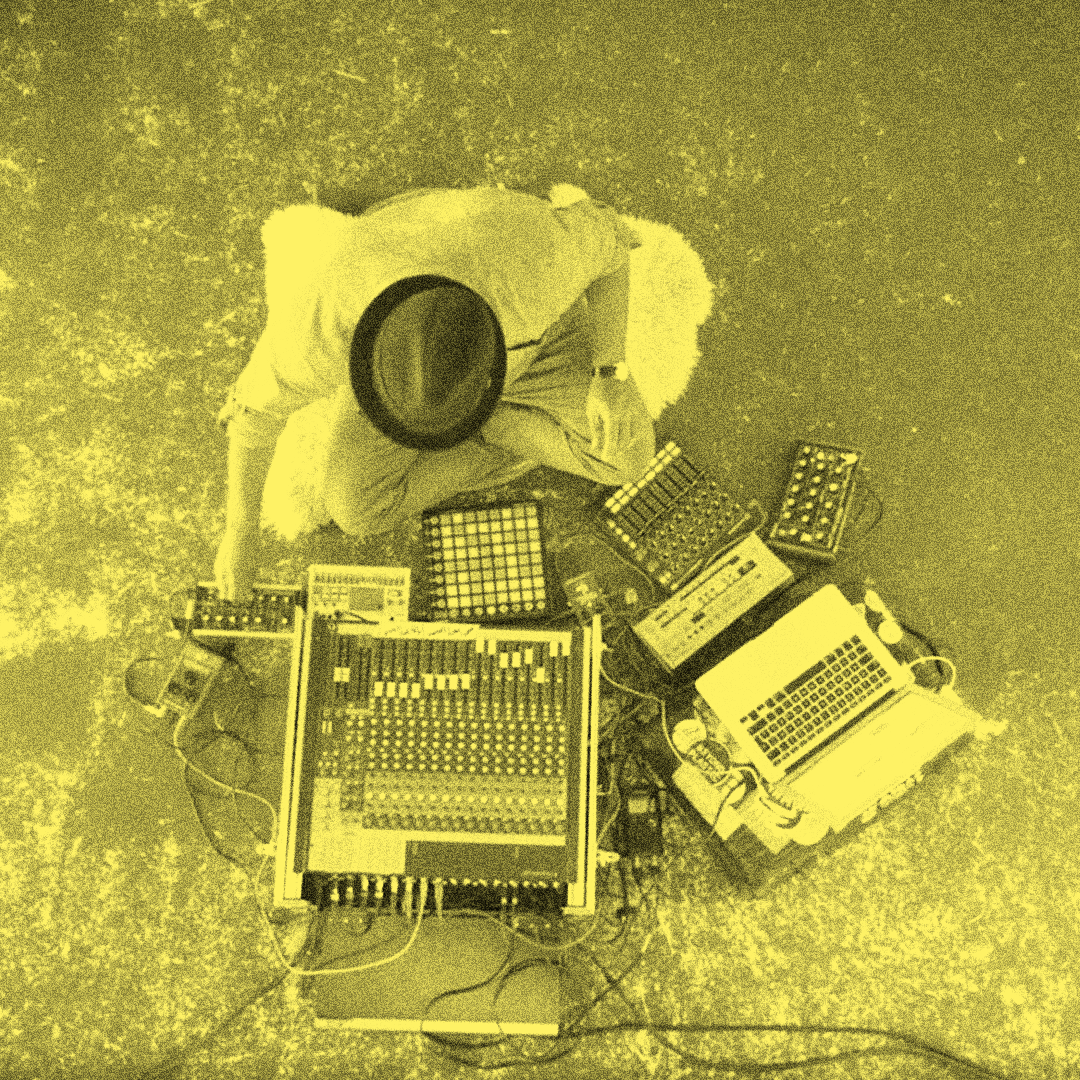 Todh Teri is India’s anonymous gatekeeper of the golden era of Bollywood — he keeps Bollywood in its futurespective space of house and disco edits, with no shortage of chunky drum work and fat acid basslines to safeguard the nostalgia. 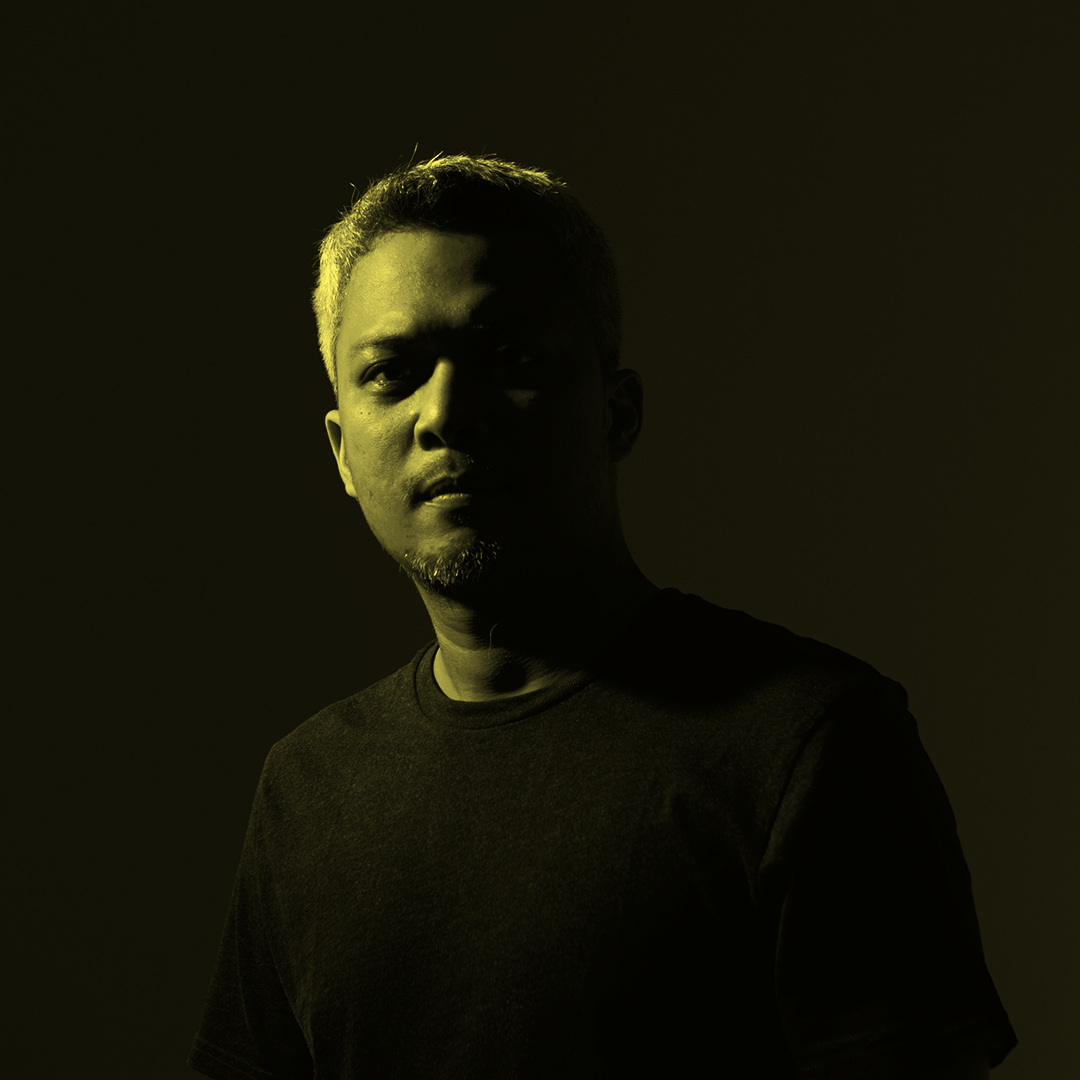 With his recent album being released on Jeff Mills (aka The Wizard)’s imprint Axis Recordings, obtaining an exclusive from Jakarta’s homegrown techno is a real treat. This Indonesian artist is constantly looking to reinvent his sound and push it to the limit, with industrial techno beats punctuating this spacey, synthy sound that is bound to suck you through a wormhole into a good time.

Mixmag Asia Selects Volume 1 is out now worldwide on all major platforms through ADA. Listen to the album below or via Spotify.