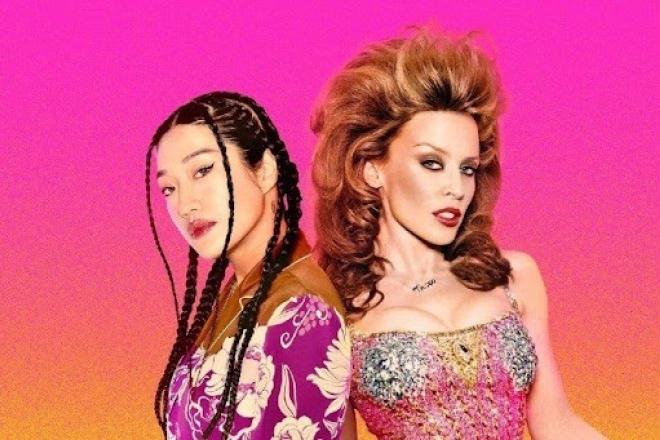 Peggy Gou has remixed Kylie Minogue's iconic pop anthem 'Can’t Get You Out of My Head.'

Peggy's remix adds global club sounds of the 2020s to the retro noughties flair of the original track.

Read this next: Peggy Gou is returning to Bali for a cliffside gig next month

Both Peggy and Kylie Minogue have also come together for a music video, which acts as a nod to the 2001 original. The video combines 00s nostalgia with Korean pop illustrations by Seoul-based artist, Seo Inji.

Speaking about the collaboration, Kylie said: “I can’t quite believe it’s been twenty years since I released this song! I’m a big fan of Peggy and I’m so excited for everyone to hear this remix!”

Speaking to Vogue Scandanavia, Kylie added: "It’s not easy to remix that song...so I was so excited to hear it, and I loved it. There was nothing to say. It was gorgeous.”

Read this next: Peggy Gou collaborates with Spaces Available in Bali on a chair made from 100% recycled plastic

Peggy said that she did not want to remove the enamoured bassline of the original, so she opted to chop and change parts from the original to give it an original spin set for global dancefloors.

Watch the music video for Peggy's rework of 'Can't Get You Out of My Head' below.