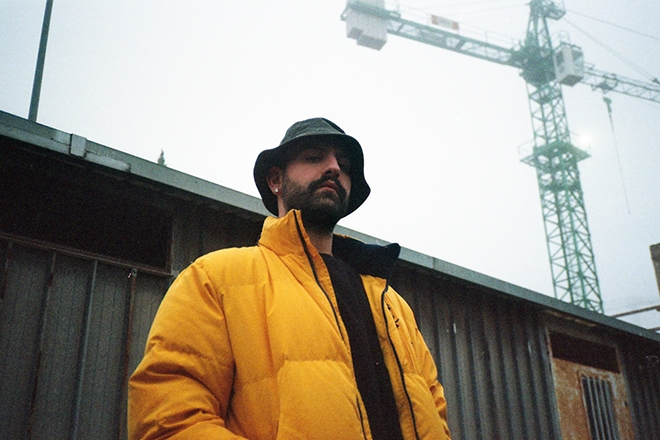 House music from Beijing doesn’t quite roll off the tongue so easily, but guess what? Times have changed, and so have record labels. Adeen Records was founded only about four years ago out of the Chinese capital city, by Detroit-born Jason ‘Adeen’ Wilkins.

Wilkins has been releasing raw and authentic US-style deep house from his hub in Beijing with legendary tastemakers like Chez Damier, Alton Miller and Amp Fiddler. He also teamed up with Bangkok’s Scott Hess to create Red Light Bangkok, a sister-imprint supported by Adeen. For Wilkins’ latest and pick for the label is an Italian producer who needs little introduction to the world of house aficionados — Nico Lahs. Otherwise known by Nicola Loporchio, Nico Lahs hails from Bari in South Italy, and has been in the house game for a fair number of years, citing memorable sets from Europe’s top dance floors including Rex Club, Tresor/Globus and Club der Visionaere.

His release on Adeen is a double 12” LP that was released yesterday, What should you expect? — jazzy drum breaks and loops, chordic pleasantries, colourful and floral soundscapes carried out with subtle string work, mellow vocal drops and rhymes, and an overall vibe of just quality feel-good house music. It’s obvious from the first listen that Nico Lahs is a versatile producer beyond the realms of house — he is certainly adept in downtempo, futuristic, hip hop and anything that is deeply rooted from Chicago and Detroit.

Our favourite track from the LP has to be ‘Nu Frontiers’ — laced with subtle chords, washy effects and driven by broken and percussive beats, this particular groove highly resonates the breadth of Nico’s style and skills… for us. The fact that this sort of quality is now being released out of China, is not only surprising, but certainly encouraging to the plethora of young and budding producers across the country, and of course around Asia. The whole album gets a top verdict from the Mixmag Asia crew.

The album is accompanied by candid and grain-fuelled cover art, which is all organic grain by the way, by photographer Badthrowup.

Nico Lahs ‘Freedom is out now on Adeen Records. You can listen to it below and also buy it here.