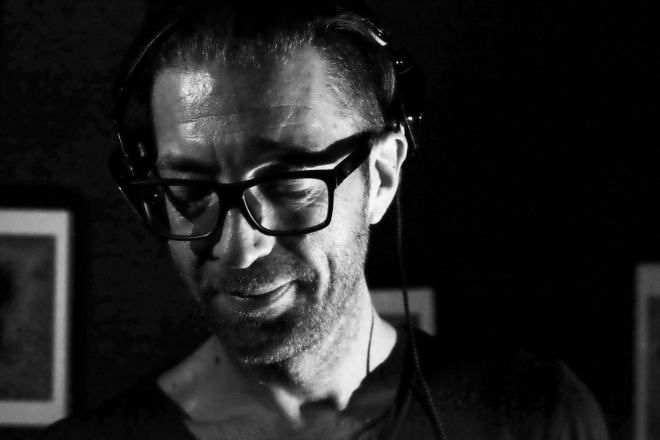 One of the hardest working DJs on the Bangkok circuit, Scott Hess hasn't looked back since making Asia his home more than a decade ago.

Born and raised in the motor-city of Detroit, Bass player, DJ and producer Scott's first experience of the underground Asian music scene came in China. He sat down with Mixmag Asia to give us some background.

“I was music director for a late night spot in Shanghai called Craft”, said Scott. “It was intended to be a lounge but it had a small dance floor but late nights it would blow up”.

After switching his base to the steam and electricity of Bangkok, he steadily built a reputation as an expressive, knowledgeable and crowd-moving DJ, and is never short of work in the vibrant city. It's here, too, he found inspiration for his productions, not least the forthcoming release on his Red Light Bangkok collaboration with Adeen Records – a label who've released music from legends Chez Damier, Kai Alce, Lee 'Scratch' Perry, and Alexander Robotnik.

“On a very direct level, I play out just about every night here and these were tunes that I’d always get a response from when I played 'em. On a more abstract level, there’s a juice in the air here that I’ve tried to respond to musically. There was artwork on display at one of my regular spots, Smalls, that I took inspiration from: Some mechanical anomaly photoshopped over a row of Bangkok shop houses. It looked like a tear in reality. I wanted these tunes to be something like that... a reality distortion, which is what Bangkok is!”.

There is a distinct sleaze to the music on the record, which fits perfectly with the concept of the project. From the low-slung freakiness of ‘The Rhythm’ to the subtly sinister, synth-heavy groove of ‘Circle Of Funk’, through to peak-time, jacking house on ‘Red Light’ - each track is fused with Michigan flavour and South-East Asian steam in almost equal measure.

Scott Hess 'Red Light Bangkok' is due out late February on Adeen Records.