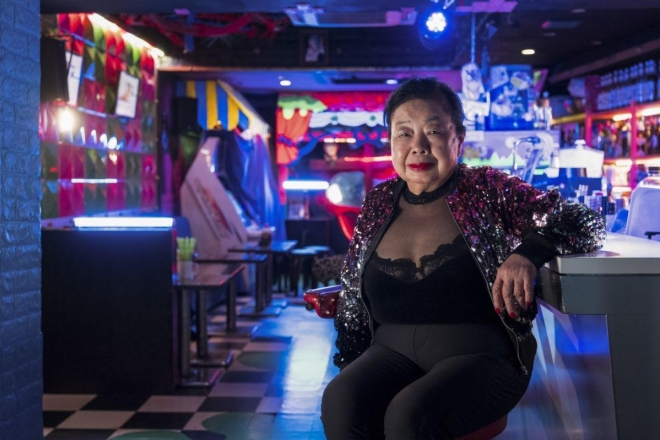 The surreal beauty of Asia really takes place after night falls when the past clashes with the future on cutty alleys that transform into neon-lit hotspots seeping with aesthetics, aromas and alcohol. The late-night phenomenon is totally unique to Asia and is a big part of what keeps us Asiaphiles firmly rooted in the region. Netflix has attempted to capture the essence of Asia at night in its latest docuseries that explores midnight culture in six vibrant cities in Asia at midnight.

Midnight Asia: Eat. Dance. Dream. went live on Netflix on January 20 and we poured a glass of Malbec and took a deep dive into the series, curious to see how the streaming giant executed their exploration of the nocturnal world that we — as music and culture seekers in Asia — thrive upon.

Read this next: New Netflix series White Lines is about an Ibiza DJ

The series spends an episode in Tokyo before moving onto Seoul, Mumbai, Taipei, Manila and Bangkok, unveiling hidden locations, culinary secrets and other unconventional passions along the way. It does so by zeroing in on the personalities who keep these middle-of-the-night institutions alive, like DJ Sumirock, an 85-year-old woman who runs a humble noodle shop by day and DJs at clubs across Tokyo at night; a Korean brewer who envisions a modern take on a traditional drink; Taipei drag kings; and Bangkok superheroes.

While the series is good and will elicit nostalgic goosebumps in anyone who’s ever adventured in Asia after dark, it lacked a bit of the raucous excitement and grit that also come coupled with the region’s nightlife. That could be a result of producer Joe Evans working on the series with a pandemic unfolding around him.

Read this next: Netflix adapts the story of Japan's Black Samurai in 'Yasuke'

The series was conceptualized pre-pandemic but faced abrupt changes to filming when travel was curbed. The team was originally meant to travel to each city to research and shoot each episode firsthand, and instead, the Singaporean-based production team instead worked with local directors and local creators on the ground in the various cities.

Still, the series is a must-watch for anyone who needs a hit of Asia to hold you over until travel resumes.

Watch the trailer below: