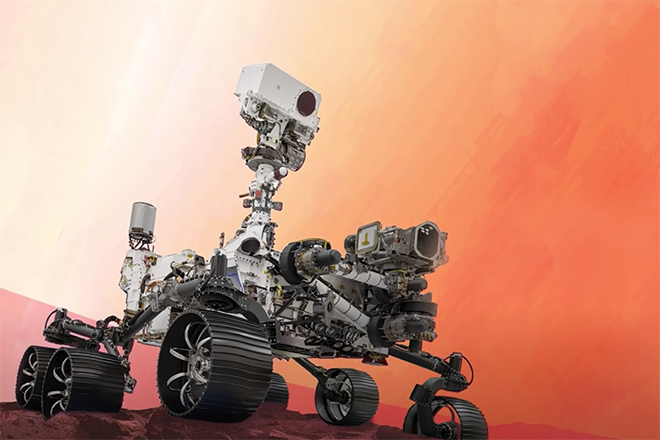 A study by NASA has revealed that Mars has two speeds of sound.

Audio was analysed by scientists after noises were recorded via the microphone of the Mars Perseverance rover which was launched in 2020.

Published by the Nature journal on April 1, the first five hours of noises collected by the rover were presented, demonstrating that sound travels more slowly, and a shorter distance, on Mars than it does on Earth due to "the thin, cold, carbon dioxide atmosphere”.

Other sounds included "the crackling strike of a rock-zapping laser" and the "the whir of rotors" from the Mars helicopter, Ingenuity.

Recordings from Mars also demonstrated a delay effect, as scientists explained that the sounds travel at two different speeds, one for high-pitched and one for lower frequencies.

Read this next: Sven Väth has remixed Elon Musk, creating a "soundtrack for space travel"

Listen to the noises captured by NASA’s Mars Perseverance rover below.