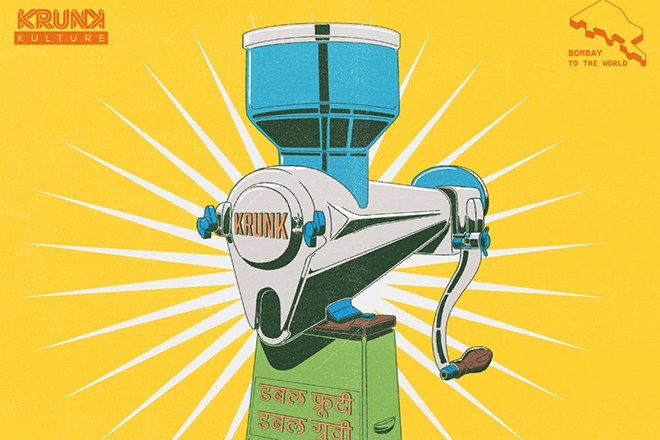 From setting up as an artist agency in 2009, Krunk took a big step in it’s evolution by launching as a label KRUNK KULTURE earlier this summer. The eleven year journey carved out by Krunk founder Sohail Arora has seen the creative artist and music platform help define the new wave of underground music culture stemming from the sub-continent.

The label launched with a heavy-hitting compilation ‘Kaala Khatta’ under the ‘Flavours of the East’ series, and has now announced it’s second various artist long player featuring cutting edge electronic music from local Indian producers as well as guests from Nepal, Japan and USA. ‘Ganga Jamuna’, which represents two of India’s iconic rivers, is also a refreshing traditional beverage of orange and sweet lime juice — effervescent and filled to the brim with essential energy, the music is as tasty as it sounds.

Maybe it’s too early to say, but KRUNK KULTURE seems to be at the forefront of India’s electronic evolution covering a range of styles including left field bas, 160, future bass, footwork, jungle, drum ‘n’ bass and what can only be an amalgamation of cutting edge production.

KRUNK KULTURE has certainly impressed with its groundbreaking music direction that exposes the underbelly of unsung music heroes from the South Asian diaspora.