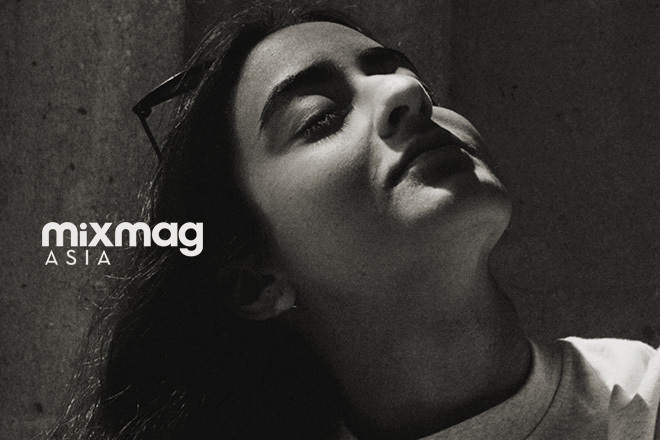 She was born in Oslo, grew up in London and now lives in New York. Ah, I missed out on her Asian heritage which stems from Delhi, India — but more about her life in music. SUCHI is a resident DJ on Boxout.fm and hosts her own experimental club-focused show called Through The Smog. From UK breaks in the early 90s to rhythmic percussion over intricate electro, house and techno, there is something special about the selection that SUCHI transcends to her audience around the world.

Her South Asian heritage is certainly something she takes pride in, whether it be performing in her Motherland or supporting kindred talent — something she mentions to Mixmag Asia when talking about her set. “There’s a couple of South Asian producers I wanted to include like R.O.S.H and Frame — Frame who always seem to seamlessly churn out quality techno productions.”

Speaking of South Asia, SUCHI left a powerful and memorable mark at Magnetic Fields in 2018, being picked as one of the top five outstanding performers of the festival (which was held in a palace) by Resident Advisor. She certainly knows how to curate a vibe, and that’s exactly what she’s delivered to us for Mixmag Asia Radio — a stunning tracklist smoothly painted on a lightly-sanded canvas, with just the right range of colours in her palette.

Aside from her love for artists like A.R. Rahman, SUCHI is extremely passionate when it comes to selecting her sounds, especially with new music. Upon asking her who and what she’s rating right now, she says, “In terms of a new discovery, I would say Nikhil Kaul aka Frame /Frame is a super talented producer I discovered in 2020. I especially love his track ‘Classroom’, a dark techno track that crescendos into something beautifully atmospheric. He’s sampled the vocals of an Indian teacher reciting with her students in a classroom. I’m not sure what they’re reciting as it’s not in Hindi, but it sounds like the alphabet.”

Teasing about the mix, SUCHI tells us that “the opening track by Nail called Cassiopeia is a beautiful trancey trip from 1993. I’ve always wanted to open a set with it live and re-discovered it in my collection. I’ve also included one of my forthcoming releases in there ‘Took a Minute’. Hope you enjoy it.”

We dig it, and we think you will too. Tune in below to Mixmag Asia Radio 025 with SUCHI.

Posthuman - Jupiter Jaxx [There is love in you]

R.O.S.H. - The Height Of The Bar [Turbo Recordings]