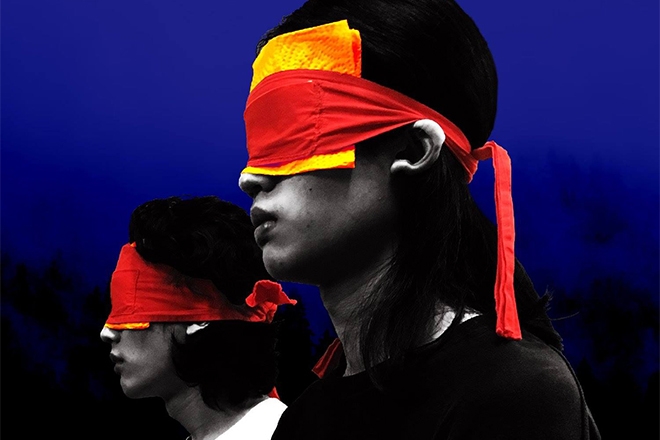 Every so often, we discover new music from Taiwan that makes us think….why have we never heard this before? There is so much incredible talent in Taiwan, and we’re determined to discover it all — and Mong Tong 夢東 is testament to that.

Mong Tong 夢東 are a Taipei-based trio made up of brothers Hom Yu and Jiun Chi, who also play in Prairie WWWW (落差草原 WWWW), and Dope Purple. In all its futuristic synth-like glory, their debut album is called ‘Mystery 秘神’ and is truly a psychedelic journey into Taiwanese folklore. Having long ago discovered a mutual obsession for Taiwanese occult-inspired art and vintage superstitious imagery, the group began channelling it through music and then recorded this album in their home studio.

‘Mystery 秘神’ further combines their obsession with the 80s, Taiwanese television, Sonic the Hedgehog soundtracks and all things supernatural like UFOs all the way through to the Gamelan music of Indonesia. All together the album's eight tracks evoke nostalgia with a sprinkling of synths and a heavy dose of vintage samples, all done with a touch of humour. To us, it sounds unlike anything else out there — but they describe as “a psychedelic journey to the east”.

Actually, in Chinese Mong Tong translates to “the east-side of dreams”. The band members grew up listening to 電子琴音樂 which they describe as “relaxing Chinese synth pop” along with “video game soundtracks, psychedelic music, doom metal and sound collage/library music”.

‘Mystery 秘神’ was released last week via Guruguru Brain and is available on vinyl. The label was founded in 2014 in Tokyo before moving to Amsterdam. Their focus is on underground music from Asia but more on psychedelic rock soundscapes than underground music the way we know it.

‘Mystery 秘神’ was released on June 19 via Guruguru Brain. Buy it from Bandcamp here.