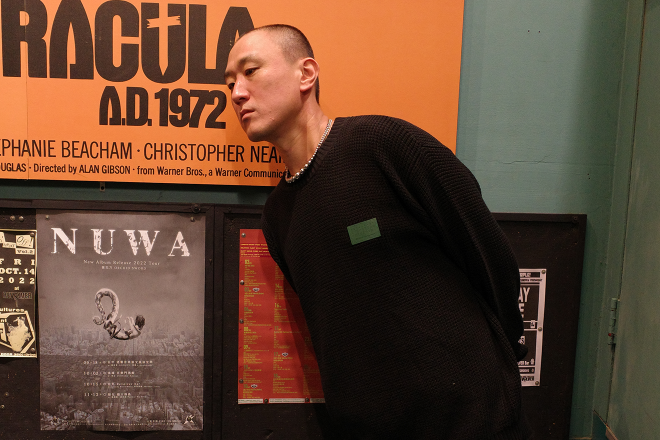 Originally from Shanghai and now based in Taipei, Murphy Kin has been doing the rounds across the region's club and bar scene for a rough two decades. His early years saw him moonlighting as one of China's busiest house and disco selectors whilst playing out a professional basketball career.

Of recent, Murphy has been a backbone music consultant to bars and clubs across China and Taiwan and regularly takes his infamous Ting Ting Disco night on tour.

Keeping things in a mood of prosperity, Kin delivers a slick ride of soulful disco and house flavours for this week's episode of Mixmag Asia Radio.

I originally grew up in Taipei, and then spent 10 years in China, living in Shanghai, Chengdu and Xiamen.


What’s your favourite thing about the music scene there?

I think my favourite place in Taipei is HAKU — it's half outdoors, intimate with people close to the stage. The vibe is good.


In five words, what do your DJ sets sound like?


And in three words, how would you describe yourself?


What recent trends in music have you been paying attention to? Have you caught onto them?

Over the last one to two years, I've been enjoying looking for slower EBM, like Nein Records. There's a fresh flow of dark disco, Italo synth and wave styles that I've been using in my sets.


Are there any producers and DJs in Asia that have recently caught your attention?

Midnight Runners from Indonesia — discovered him through a friend in Singapore and I immediately felt "this guy is different". On top of his music, his sense of art and design is also good! I invited him to play at Elevator in Shanghai in 2017 and then he also invited me to Bandung.

Beaten Space Probe from Japan — I'm a big fan! In 2015 he played at Craft in Shanghai. Love his re-edits from his label too…but he has a baby now and is almost retired as a DJ, haha.

Dizkar from China — a singer and producer from Kunming and based in Chengdu. His music speaks of sunlight and good vibes!


Describe one prediction you have about dance music in a post-pandemic world that’s being driven by new technologies.

This is a good one. During the past three years, I've been between China and Taiwan and of course everywhere was in lockdown. However, I feel they both share the same desire to revive and elevate their local scenes back to pre-pandemic conditions.

For example, many of the youth in Shanghai like techno and hip hop (mainly because of a reality show called The Rap of China) and have started to DJ even though they don’t know how to use a CDJ mixer or match the bpm. But they don’t care, as long as they can gather their friends at a party; skills become secondary. This then becomes exciting because you’ll come across a new line-up of names you’ve never seen before.

Me, however, I'm taking time to rest — it’s been ten years of residencies and overseas bookings for me, then COVID-19 hit and I was able to play basketball again, haha. I like to keep my body healthy after all those years of hard work.


Tell us about the inspiration behind this mix - what drove your thoughts and emotions, and how did you curate your selection?

When creating a set, be it for radio, club, bar or whatever, I always think about the atmosphere and scene I want to create for the listeners — I want to make it special. Something I remember my boss always said; “Give customers a surprise.” So that’s why I’m always about creating something special with a surprising element.


What equipment did you record this mix on?


Where can we hear you playing next?