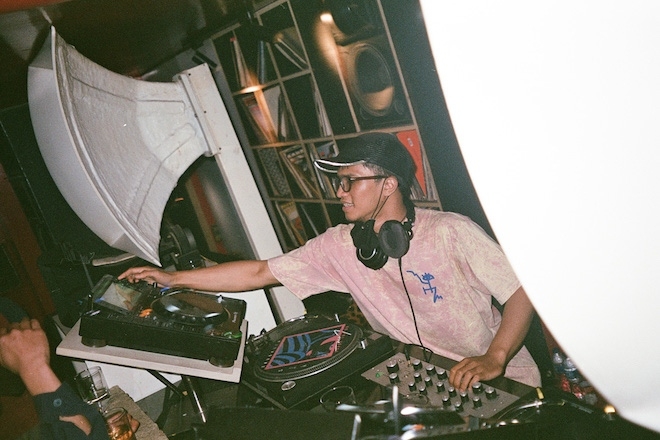 The EP finds Midnight Runners digging as deep as ever, building on an ever-expanding repertoire following alluring releases on labels including Razor N Tape, Tugboat Edits, and Fauve. The effervescent man behind the music, Harry ‘Munir’ Septiandry, continues to be a driving force at the cutting edge at the discerning end of Asia’s esoteric underground, his genre-gliding releases drawing on all manner of influences as his sound continues to evolve.

Inspired by the “DIY disco back in Indonesia's 1980s,” Munir tells Mixmag Asia that his goal was to repurpose the source material with high-quality sound systems in mind. “Back then, Indonesian music was forbidden in clubs and bars in Indonesia, while the sound was not good enough to be played [on club systems]. I redesigned the sound for a proper club vibe, so I fix the past by making these edits for proper club use and a DJ-only vibe!”

Twisting and turning through varying shades of feel-good nostalgia, ‘Nusantara Tropic Disco Vol 1’ drifts through disco, jazz-funk and rare groove, with Munir’s scalpel skills primed to perfection as he respectfully reframes the dusty-fingered digs for modern floors. From the psychedelic synth solos of opener ‘Kaliuga’ to the soothing vibrations of closing track ‘Cinta Senada’, the free-flowing collection brims with vintage charm throughout. The EP effectively amounts to a series of highlights, but some of the most memorable moments include the irrepressible optimism of rousing dancefloor favourite ‘Kasih Bersemi’ and the hallucinatory swells and rolling congas of ‘Mega Mega Biru’.

Midnight Runners ‘Nusantara Tropical Disco Vol 1’ is out now on Star Creature, you can buy it here