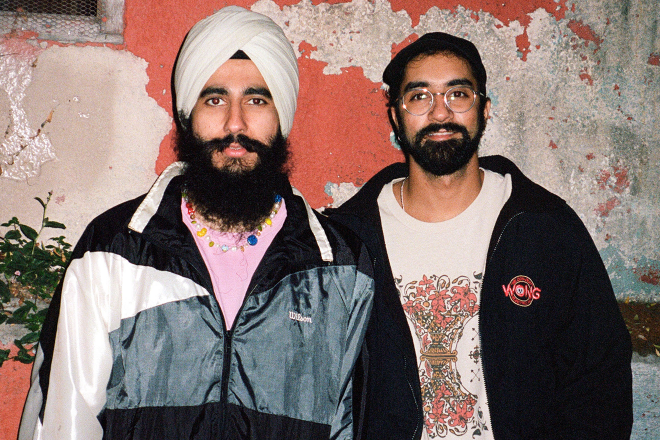 Over the last year and half, the boys of Baalti have given us great tunes and positive vibes. And their affable gesture doesn’t stop there. After a short hiatus, it brings us pleasure to kickstart Mixmag Asia Radio in 2023 with fresh programming where we nitpick from the rapidly exploding global Asian DJ diaspora. A set from the Bay Area-based duo is just what we needed to start the new year.

Following their recent Artist Spotlight with Mixmag Asia’s Arun Ramanathan, tune in to Baalti from San Francisco and get to know a bit more about their selection below.

San Francisco — Mihir moved here right after college and then I (Jaiveer) moved here a couple years back because I was really bored of Seattle, where I’d been living at the time.

The music communities here in the Bay Area area are really really sick. There’s no gatekeeping, it’s very open and welcoming, and it feels like the scene’s really coming up right now. It’s a fun time to be here.


In five words, what do your DJ sets sound like?

And in three words, how would you describe yourselves?

Yeah, a bunch! We were just back in India this winter and just blown away by all the talent there,

Monophonik (Shatrunjai): he makes absolutely sick breaksy ravey tunes. Check out his release on Reel Long Overdub and the new one on Rhythm Section.

Dreamstates - We saw Dharam play in Goa last year and then again at Magnetic Fields this year. Blew us away both times. Sick selector, and can really take you on a journey with his sets. Also does some sick B2Bs with Zokhuma.

And honestly there’s a lot more, FILM, Nate08, Alina, Oceantied, chrms, Nariki, Nida, too many to list out.

Also big respect for the wedding DJs out here. Those guys are stone cold, they’ve been throwing down Punjabi Garage since the 90s lol.

We only started making music together in 2020 so I’d say everything’s changed lol. We used to just be fans but now we’re also participants. Just in the past year we’ve met a bunch of our heroes and gotten to know so many great DJs and producers, it’s really quite amazing, we feel super grateful for it.

We actually recorded the mix twice. The first time we did it, it was way more in line with what you’d expect from a Baalti set if you’d heard us on Spotify or whatever — lots of sample-heavy house-y stuff. But that version felt kind of restrained and safe. So then we did another take where we were just going for it and it turned out to be a lot more exciting and unhinged, and that’s the version we used. It was quite unplanned, all we knew was that we wanted to start with ‘Immigrant’ by moktar, and then things kind of just flowed into heavy latin club and then wonky bass and ravey breaksy stuff. This version is way closer to what we’re into right now and what some of our upcoming tunes sound like.

Got an exciting SF show coming up but don’t think we can announce just yet. Stay tuned on our socials for updates.