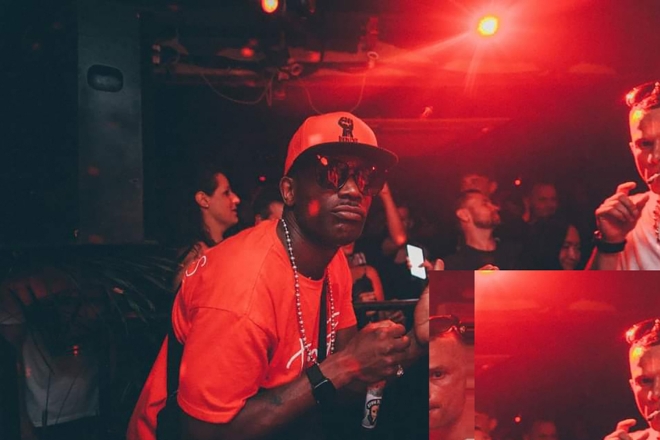 Bangkok-based DJ and long-time pusher of drum' n' bass in the city Orawan has stepped up to the proverbial plate and delivered a mix dedicated to the late and great MC Skibadee, who passed unexpectedly last month.

The jungle and drum' n' bass icon is irrefutably lauded as one of the most influential MCs of his time, and you would be hard-pressed to find a rapper in the UK today that doesn't cite Skiba as a source of their vernacular inspirations. Following his passing, grime and dubstep innovator Plastician accurately said on Twitter: "Skibadee was your favourite MC's favourite MC's favourite MC … Can't underestimate the foundations that guy built for everything we've had since then." #accurate

We're usually cautious in throwing this word around, by MC Skibadee was a fuckin' legend and we're thrilled to host a mix dedicated to the don.

The hour-long tribute mix comes via Orawan alongside fellow DJ Bradley Hart, who together are BassClef, a seminal Bangkok drum 'n' bass and grime night that hosted MC Skibadee on several occasions.

"Bangkok's drum' n' bass scene is so small compared to other music genres and to have the opportunity to host MC Skibadee at BassClef was definitely a dream come true," said Orawan to Mixmag Asia.

The scene is indeed small, but it's unwavering in its commitment to keeping the scene alive; it always has and always will with thanks to Orawan and left-field artists like her. "I have massive respect for these Thai artists such as Pyra, Rap Against Dictatorship and Tontrakul," she adds. "Their creativity and qualities are internationally recognised."

While the future of clubs in Bangkok remains murky, life is slowly returning to pockets of its music community…although things will never be the same (a sentiment echoed all over the world). "What really changed our lives in the music world after the pandemic was we couldn't put on raves as freely as we used to. But recently the restrictions have been eased a little in Thailand so we can now put on small events and we've just hosted Dynamite MC last weekend at Irie Bangkok Grand Opening."

Until there's more to report from Thailand, here's a bangin' d'n'b mix that honours the one, the only, MC Skibadee.

Tune into Mixmag Asia Radio 090 with Orawan and Bradley Hart below: