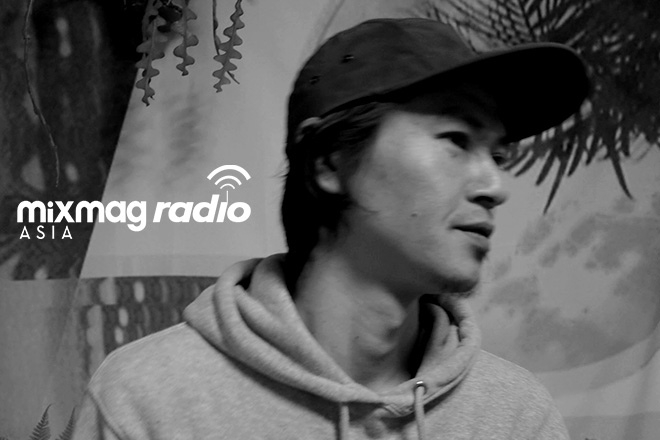 My conversation with Ground about this week's Mixmag Asia Radio episode starts off with him pointing something out very clearly — “This mix reimagines the dance floor of a secret outdoor party in springtime, in Japan, with my friends”.

The Chill Mountain label and party founder has represented Osaka’s underground scene on a global scale. Starting out in the music world from the age of 18 in his hometown of Osaka, he’s toured the world and made his ethereal presence felt at Goulash Disko in Croatia, Voodoohop in Brazil, Festivale Nomad in Chile, Shanbahara in Canada, Priceless Festival in the US and Melt Festival in Germany.

Outside of his Chill Mountain imprint which he runs with Kabamix and Mt.chills, he’s released three LPs including a global debut with ‘SUNIZM’ on LA-based ESP Institute, as well as releases with Thomas von Party’s Multi Culti family and Taiwan-based and off-kilter dance label JIN (禁) for their ‘03 EP’. One of his most notable releases stemmed from his two month stay in Quito, Ecuador, where he found himself collaborating with local artists for a two-part EP release entitled ‘Metcha Quito’ (Volumes 1 and 2).

Ground’s existence on this planet is no different to his presence in the music — it’s momentous, ethereal and quite frankly just very special.

Here’s a first example why — have a listen to his recent Premiere on Mixmag Asia for ‘JIN (禁) 03 EP’ here.

And in the same reciprocal manner from which he has built a community of artists and dancers alike across Asia, this shortlist of regional artists will happily testify to the above to be true about Ground: Jonathan Kusuma, Mr.Ho, Salamanda, Mogambo, DOTT , Akimbo, Harikuyamaku, Middle Point, Yoshi Nori, Taihei, 7e, Sharmony, YPY, YO.AN, Mamazu, Akira Arasawa , Sunga ,Killy ,SMS, Kamagen and Isami.

A last cherished highlight over the last for Ground was playing at Agaitida Open Air Festival in Okinawa, telling us “It was simply magical for me”.

This week's episode of Mixmag Asia Radio pays homage to Ground’s commitment to a spiritual and sacred space for body to body connectivity, or if you prefer it sans hippie-jargon, the dance floor.

Tune in below to Mixmag Asia 060 with Ground from Osaka, Japan.