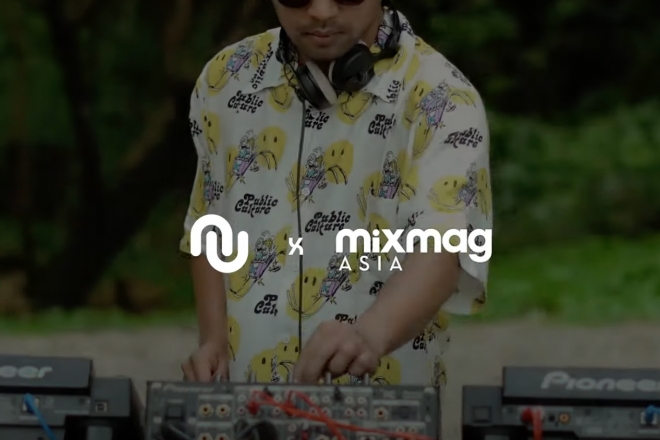 Mixmag Asia is proud to introduce it’s latest content collaboration with Nusountara in Indonesia for an open-ended series of livestream content, filmed at untampered and breathtaking destinations across the archipelago.

Co-curated and produced by Marcel Andhika and artist Ecilo, who’s been dubbed by Mixmag Asia as ‘Jakarta’s answer to Detroit’, the first phase of the series takes the Digital Brandal camera crew to Goa Langir Beach to hear house and space disco protagonist Cyda soundtrack a stunning landscape that’s encapsulated by lush hues of blue and green of Goa Langir Beach’s cavernous hills by the ocean.

A producer and DJ, Cyda was born in Badung with musical genes inherited from his mother who was a traditional singer in the musical artform of sindhèn — a combination of female vocals and the gamelan. This son of a sindhèn won Paranoia Awards’ Producer of The Year in 2017, and House DJ of the Year in 2018. He also carries under his belt a slew of compelling releases and is signed to Alex Niggeman’s Soulfooled Records imprint in Berlin.

Check out the video teaser below.

Some of the tracks you'll hear from Cyda's set:

Follow Mixmag Asia’s channel on Mixcloud for the live update.