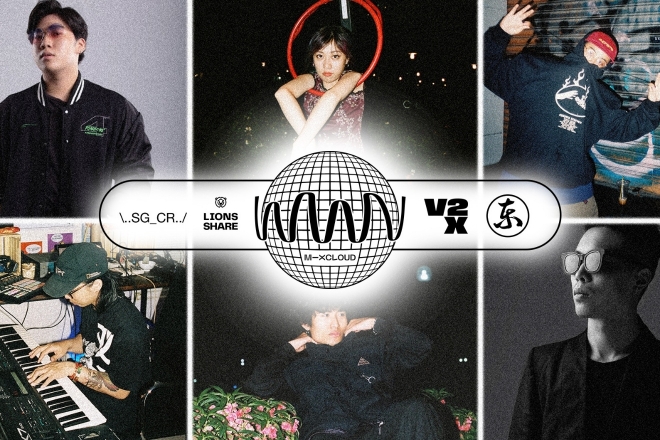 The freshest sounds from the Vietnamese music scene will be amplified this weekend over a six hour stream on Mixcloud’s Worldwide Vibe programme. Teaming up with multi-dextrous and California-based artist Vietnamese Demon Slayer and local radio platform Saigon Community Radio to curate the programme, the six hour stream on Saturday 26 March takes place at creative space Objoff in Ho Chi Minh City, and shines a light on Vietnam’s on the current momentum that’s shaping the country’s modern social fabric.

Recently coining the genre VWave, Demon Slayer has been one of Southeast Asia’s go-to youth culture protagonists — he also happens to be the first guest in Mixcloud’s new ‘Spaces of Sound’ mix series.

Be one of the first to hear it.

Roping in youth and music culture purveyors like V2X, LION'S SHARE and Eastern Margins, Mixcloud’s third edition of Worldwide Vibe sees hyper-local musical elements from varying ends of the culture spectrum coming together — from deep slices of the underground to mainstream sounds, we’re expecting a monumental display of musical diversity.

A lot of the experimental change and formation of new trends owes a little to the pandemic, and how closed borders allowed local artists to level the playing field, and own a space that was mostly granted to international and regional artists. Niche scenes akin to localised hardcore rave, localised in Vietnam as Vinahouse and accelerated by collectives like Nhạc Gãy, experimental noise, and LGBTQ+ focused spaces are the silver-lined by-products of local artists stepping forward and bolstering their presence. One of the ways they have been doing this is via streaming platforms like Mixcloud.

According to the artist-focused streaming platform, “On Mixcloud alone, we’ve watched as Vinahouse (a mainstream genre that amps ballads and local hits to 140 bpm) explode on our platform with a daily average of 4359 hours streamed from Vietnamese creators.”

They’ve just added six special hours to that growing number, and we suggest you tune in this Saturday 26 March and watch Mixcloud’s Worldwide Vibe showcase of Vietnam’s rapidly evolving (and growing) scene of creators, live from Ho Chi Minh City. The first set kicks off at 6pm (Vietnam Time, GMT+7).