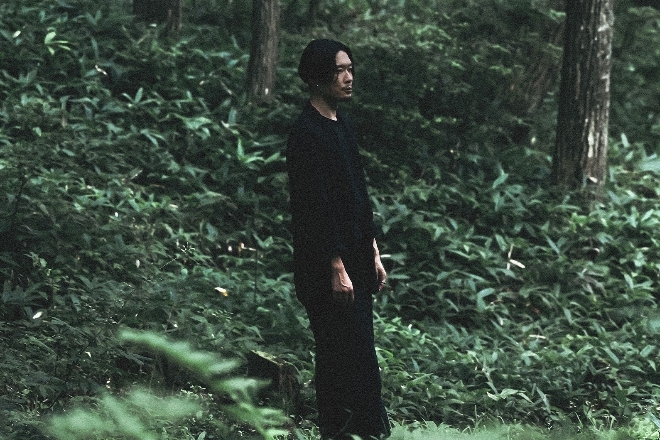 Hiroshima-based composer Meitei debuts his new alias Tenka through an upcoming album ‘Hydration’ set for a September 14 via Métron Records. He continues to make a name for himself in contemporary Japanese music, having previously released his album trilogy ‘Kwaidan’, ‘Komachi’ and ‘Kofū’ and sharing his sonic stories his nation’s rich culture and nature.

For his latest album, Tenka collaborates with Osaka born, Berlin-based scent designer Ryoko Hori in evoking a sensory experience of Japanese forests, further intensifying the notion of the ‘lost Japanese mood’ he’s known to bring forth in his compositions.

The album’s tracks come as a manifestation of the many hours he spent in the mountain forests he lives close to. Feeding off the colour, sound, smell, humidity, touch, atmosphere and taste of his rich, natural surroundings, Tenka has pushed aside all restrictive boundaries in creating the album as he becomes one with the wilderness.

“For me, making music is not a concept of enjoyment or pleasure, but something that becomes a part of my life, a record of my daily activities, like seeing something with my eyes or breathing in something with my lungs,” he expressed.

Talking about the collaboration with scent designer Ryoko Hori, “I began to feel that in addition to music, there needed to be another essential element - and that it must be a ‘fragrance’.” He aims to create a deeper connection between listeners and their own senses; combining olfactory and aural components to showcase a comprehensive adoration and experience towards Japanese ecosystems and traditions.

Tenka has always been one to explore the contemporary sound techniques that portray his profound reverence for Japanese folklore. Driven by the “lost Japanese mood” concept, his compositions echo the aesthetics of a bygone era that are slowly starting to disappear in this now global era. Teeming with ambient, hip hop and experimental musical sensibilities, his music hovers between the temporal gap of past and present that illustrates Tenka’s intricate impressions of his nation’s diversity and heritage.

‘Hydration’ will be available from September 14 on LP, CD and digital formats. The fragrance will also be sold in the form of a 10ml bottle of diffuser oil. Those who purchase the fragrance will receive a CD copy of the album, accompanied by a booklet that explains about the project from the creators themselves.

So far, the only track that’s been teased off the new album is titled ‘Nutrition ~ Microorganisms In The Darkness Of Life’; a dive into the ambient tunings of nature, with delicate chimes and chirpings filling the atmosphere accompanied by airy melodies that weave through the six-minute composition.

Peek the sounds of Tenka ‘Hydration’ and pre-order your own digital or physical copy here.