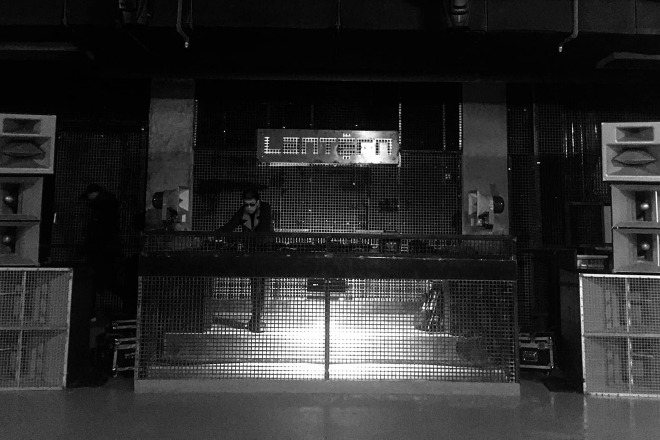 Some good news out of China, Lantern 3.0 has reopened.

Earlier this year, Beijing’s nightlife was dealt a hefty blow when the planned redevelopment of the Workers' Stadium forced the immediate closure of a cluster of popular venues, and Lantern was amongst them, given just three days notice to shut their doors in August after 10 years of operation at that address.

Prior to that, the club initially opened in Sanlitun's 3.3 Mall in 2008 before it was forced to move after only one year.

Fortunately, the club’s legacy as a mainstay of techno culture in China will live on in a new home. Earlier this month, images popped up on the club’s Facebook page that hinted towards news of a Lantern 3.0. Soon after, a black and white image of an upgraded and stacked Funktion-One system in the new Lantern confirmed the news, which was followed by a grand opening party.

The new location is nearby the Dongdaqiao subway station and consists of three rooms. F1 will be used as a multi-purpose space. F2 is the largest of all three rooms and will host "the kind of techno events that make up Lantern's core identity”. Finally, a smaller and more intimate room called F3, which the club refers to as a ”dark vault”, will host a diverse range of electronic music events.

All three spaces have been acoustically treated and fitted with a Funktion-One sound system.

"It is the people that make the space come alive: the artists, the crowd, all those who love and support electronic music,” said the club via Facebook. “We look forward to dancing and working with you, in and from Beijing to all of China and beyond.”

If you're surprised to hear that a club is opening in China, don't be. Several clubs have opened across the country this year despite being ground zero of the ongoing pandemic. China's swift response and strict border control saw the virus almost vanish with the country and life inside China has all but returned to normal. Nightlife in cities like Beijing and Shanghai is thriving.